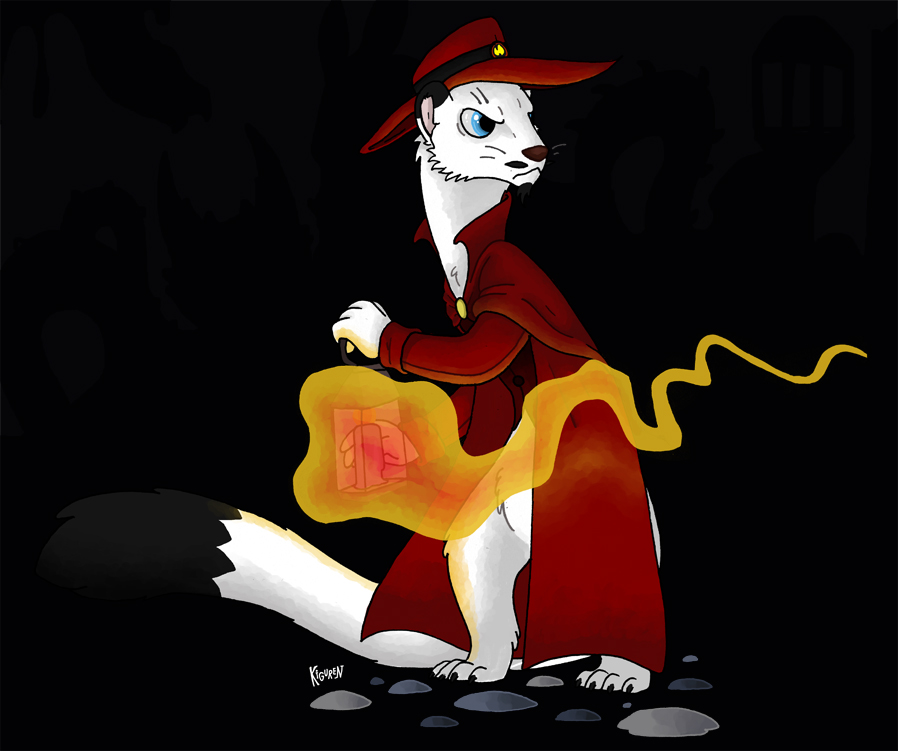 As an inquisitor Mauricio is a merciless stoat with an incredibly strong sense of duty and justice that he holds above anything else. He worships the elemental titans and strongly favours the titan of fire, which is why he is rarely seen out of his red robes.

Despite the energetic nature of his species Mauricio can be surprisingly patient as long as he can keep his emotions in check. He usually seems rather collected and calculating, trying to always plan a few steps ahead. He has no complete control over himself though, as a stoat he can adapt quickly to any situation, but when he does he will risk losing his cool demeanour and acting more passionately which can have disastrous results or cause him to make impulse decisions that he’ll regret later on.

Mauricio is a very good shot with a crossbow and is an average melee fighter. In close combat the ermine favours light weapons that allow him a lot of movement so that he can make full use of the natural agility mustelids possess.

His divine connection to the elementals also grants him a few small divine tricks from time to time. Most of these augment his weaponry but they can be useful all the same.

(thumbnail by goregoat)
(picture by