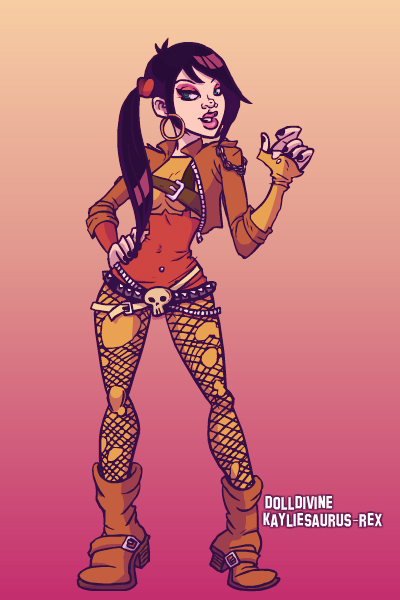 Another new character I got from Young-Justice-Lover

Info:
Name: Tech but her real name is Susy which she despises being called
Species: Human
Gender: Female
Personality: Su- I mean Tech is a kinda crude woman, she also begs for a lot of things from her older brother Handsome Jack and to get her to shut up at one point he gave her a statue, of herself, but that doesn't seem unnatural sense handsome jack so proudly displays statues of himself all over opportunity. Tech is mostly into helping Jack think up plans on how to dispose of the vault hunters but when he asks her to help repair or at least clean a robot, it's a no go, she is not one for physical work.