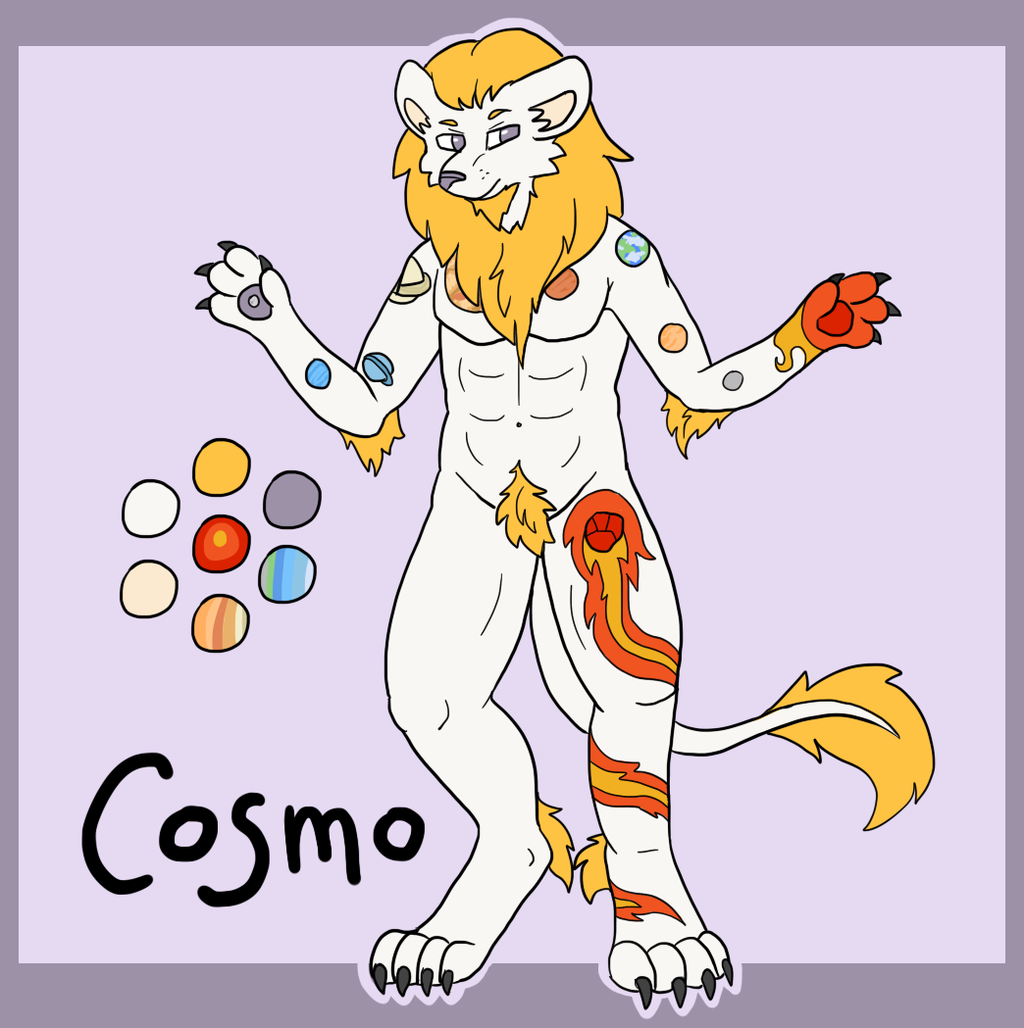 Cosmo is a big boy - I mean, reeeally big. He is tall, muscular, and imposing. But, he's a very quiet and well-mannered guy. He really likes space and stuff, even going so far as to get tattoos of things from space. He got his planets tattooed on him before Pluto was said to be a dwarf planet, so it is forever a part of him... he is a little bit peeved that his comet tattoo on his leg looks like a flaming volleyball.

Occasionally, Cosmo wears glasses. He cannot see so well from hours and hours staring through a lens to stare at the night sky. He also has a tendency to tie his man back into a pony tail. For clothing, he generally dresses in a more business casual sort of way - nice, clean black pants, and often a collared white shirt.