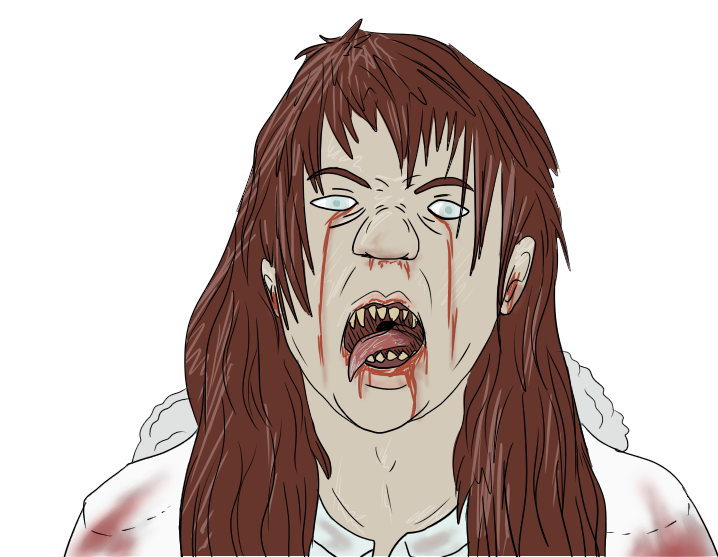 -Name: Wolf - She wears a sheep-like hoodie, so her nickname is wolf like in the fairytail of the wolf who dresses like a sheep.
-Used to be called Katilyn Lancer (Kate)
-Infected by being pounced on by a hunter. She was saved in time by her fellow survivors but the green flu had already gotten to her.
-Remembers certain parts of her last life, Other then that she has no clue.
-Large scars on her shoulders and the top of her arms where the hunter had gotten her. Also has a few bite marks and scratches here and there.
-She wears a white zip-up hoodie with small black triangles which look like ears on the hood and ripped jeans. The shirt underneath is this: http://www.lookhuman.com/render/product/0084/0084004047816400/tr401atg-w800h800z1-40374-i-dont-shave-for-sherlock-holmes.jpg
-Hair is reddish brown, eyes are blue but fade out - sort of like a blind persons eyes, because her eyesight has gone bad since becoming infected.