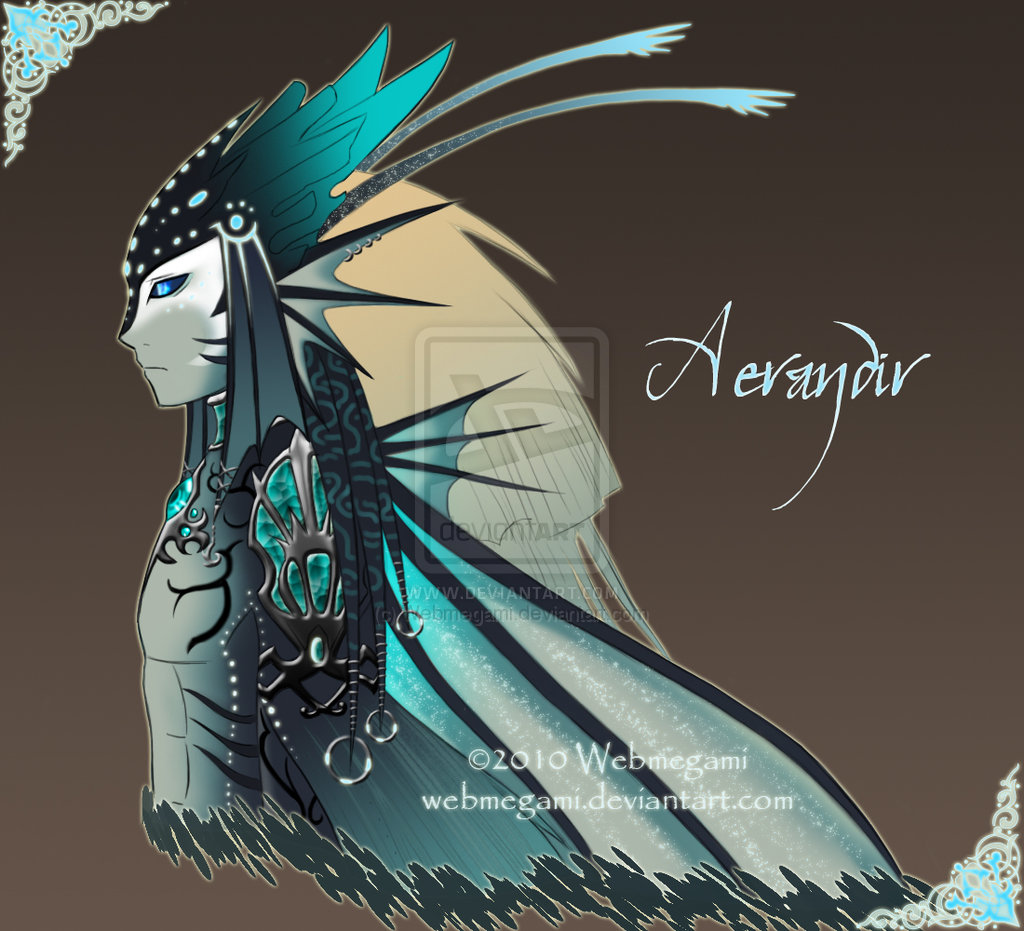 An OC that I've created a long time ago, also for a contest.

Personnality: Aerandir is very hateful towards the Hylian kind since he has been locked by some of them. He’s most of time distrustful and solitary, not giving his trust to people except if these ones showed that they were pure and gentle beings. He isn’t the kind to talk so much and keeps a lot of secrets around his life and his people, but the rumours say he would be the reincarnation of an ancient god.

Story: I don’t have so many elements about it yet. XD Only that he was captured some times ago because of his rarity and that some greedy and selfish nobles of Hyrule decided to keep him a bit like a pet or the kind of thing to show proudly to the others to make them jealous. Unfortunately for Aerandir, his magic abilities had been locked by some special objects so he couldn’t rebel and was forced to stay inside what we call a golden prison. But maybe someone will release him soon…

Aerandir is from the rarest specie of Zoras, they call them the sea dragons or the dragon people. (wink to Wind Waker :3)

Here are some details about this specie:

Hope you will like it… And please don't steal the ideas.