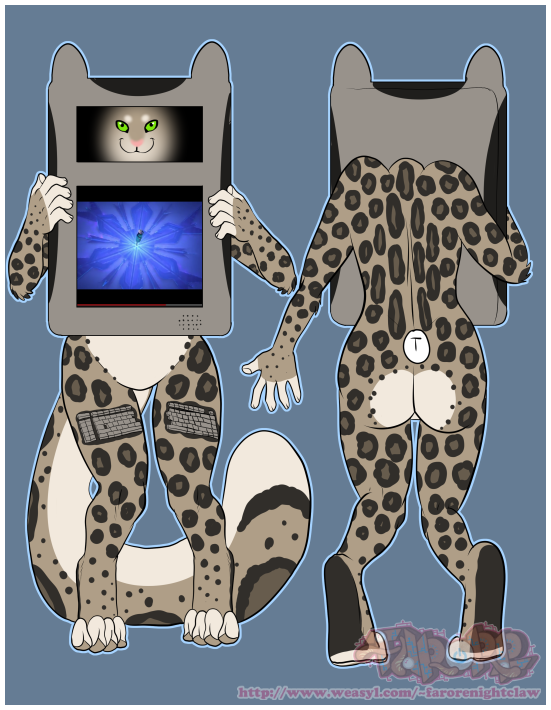 Ciphonintine (whose name is a play on CF-19, my favorite model of Toughbook) is a rugged anthropomorphic laptop. It loves to be helpful, and often tries to cheer people up by playing videos of kittens. The lower screen can be used as an input terminal, or to browse the internet, use chat programs, etc. The upper screen shows its 'face' and is capable of a variety of emotional displays. It talks by typing on its own thighs and displaying the text on its lower screen. It is also capable of emitting various computer sounds, like beeps, clicks, whirrs, and modem noises. In theory one could also install a speech-to-text program, but it does not prefer this as it does not like the sound of the pre-installed voices and would rather 'speak for itself'. It is fully capable of hearing, though, and you can communicate with it by just speaking normally, or by typing to it on its thighs. Its lower screen is a touchscreen so no touchpad is needed, though one could conceivably plug in a mouse if desired.

How is a 5' tall anthropomorphic computer a laptop? Sit down, pat your lap and find out :D Though of course it's more than happy to stand for ease of use.