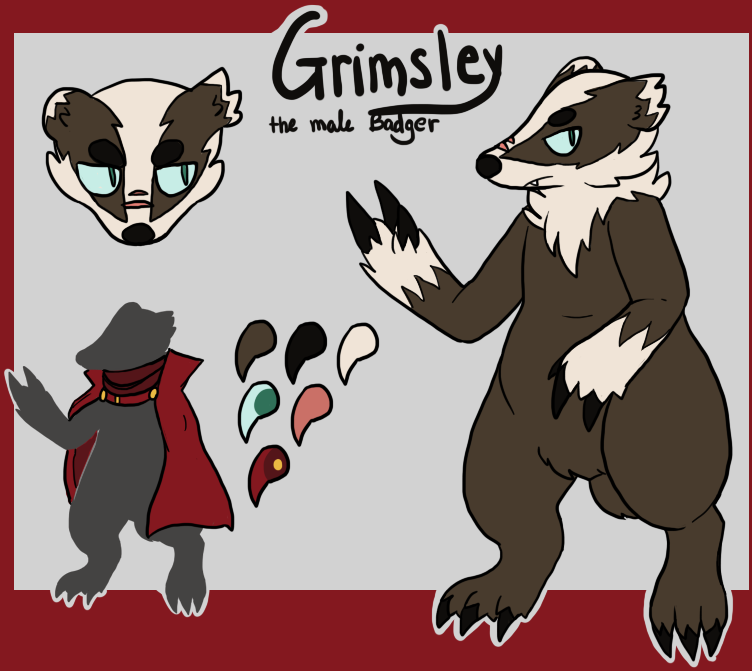 Grimsley, generally called Grim, is a grumpy badger who prefers to be alone. He likes rainy weather and he is often seen wearing a red scarf and cape. He doesn't really get along with anyone and is kinda tsundere to those that he does like. He has a big ole crush on Garnet but won't let her know... she kind of has guessed it and reciprocates his feelings, but is too nervous to act on them.

In a more anthro drawing, he would be very muscular but in a bulky, semi-fat kind of way. He's super serious and brooding most of the time and is very protective of Garnet and a select few others. He lives on a mountain in the middle of nowhere.