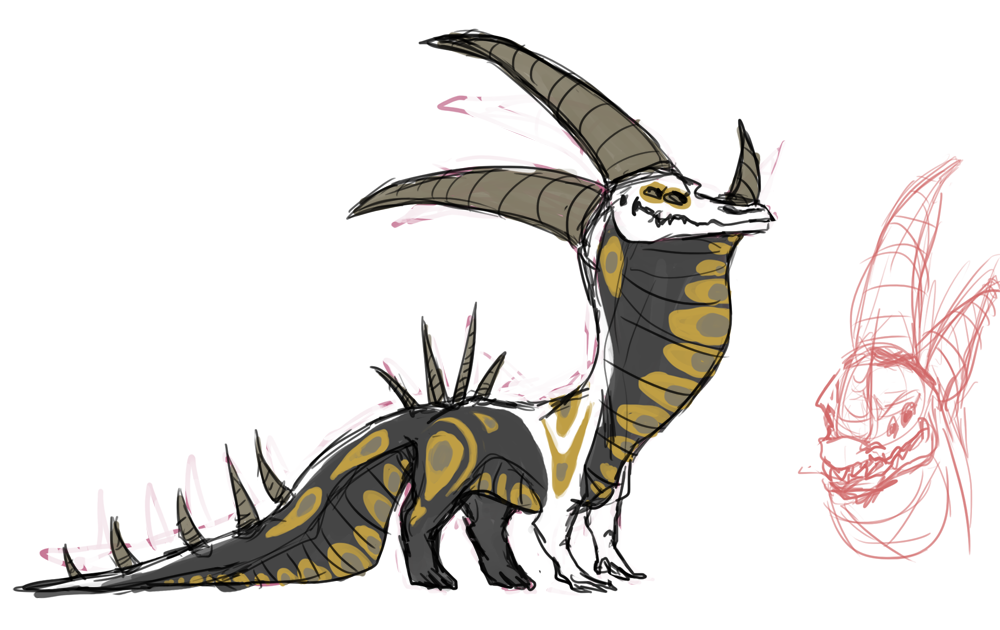 (COPY PASTED FROM A THING A WHILE AGO)

He’s this little dragon species I made up that are basically like… ferrets but reptiles and super duper pointy.

They range from about 8-20 inches in height!

THIS ONE is mine he belongs to a superstar but the owner isn’t important because it’s all about him and how adorable and lazy he is.

He forgets what his owner named him and just kind of responds when it sounds like he’s being talked to, but likes to call himself King. He’s 12 1/2 inches tall and his favorite meal is when his owner forgets he’s an animal and feeds him carrot cake.

Hobbies include sun bathing, running around people’s feet while they walk, stealing frozen fish from the freezer and using the bird bath (he’s become quite friendly with the local robins)

His home is fancy as hell because his owner is some sort of actor or something, his bed is super soft and it only took like a year to figure out how to sleep in it without tearing it up!

King is still really young but he rules the street B)