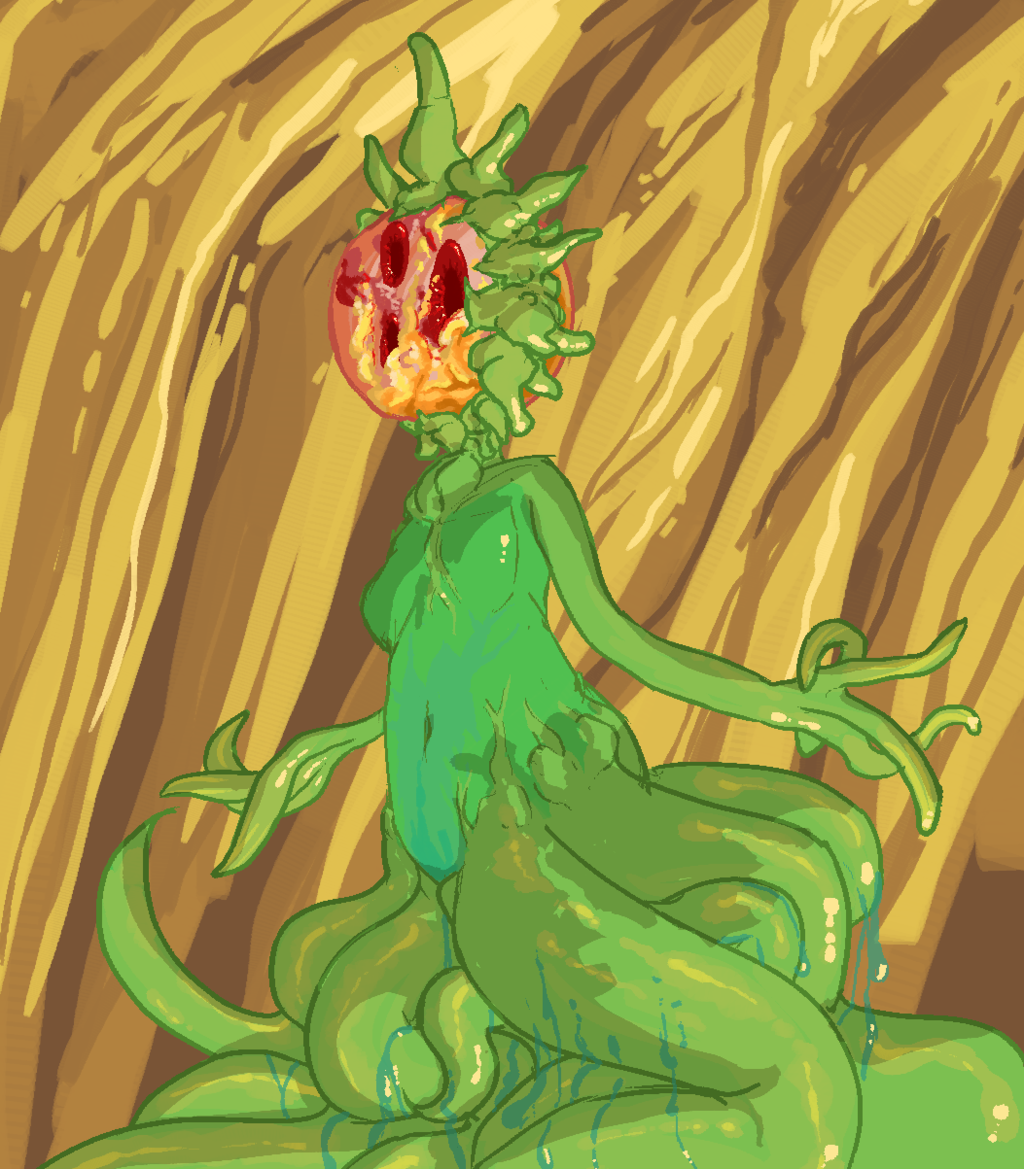 Shuel - A surprisingly friendly aberrant from the realms beyond. What’s pictured is just ‘Shuel’s Looking Glass,’ a fire opal like crystal sphere with a longitudinal equator of prehensile tendrils, and Shuel’s Throne,’ a vaguely humanoid torso with masses of tentacle appendages. Despite the elegant title, the throne is easily replicated and many may act autonomously as drones in one of Shuel’s subterranean lairs. Each lair may only host one looking glass though, as their psychic vibrations can damage damage each other. The looking glasses can also be regenerated from ‘Shuel’s Bed’ which is a mass of Shuel’s writhing tentacle flesh that pokes it’s way from its home realm into habitable planets on the material plane. The looking glass can detach itself from a throne and move on its own tendrils, but Shuel prefers keeping the looking glass ‘seated’ when possible. Despite the name and the appearance of three ‘pupils’ in the looking glass, Shuel is blind and maps out its lair with resonance imaging. Shuel can speak to sentient creatures telepathically with psychic resonance generated by the looking glass, and adventurers who encounter Shuel describe the voice they hear inside their head as having a soft ring to the words.