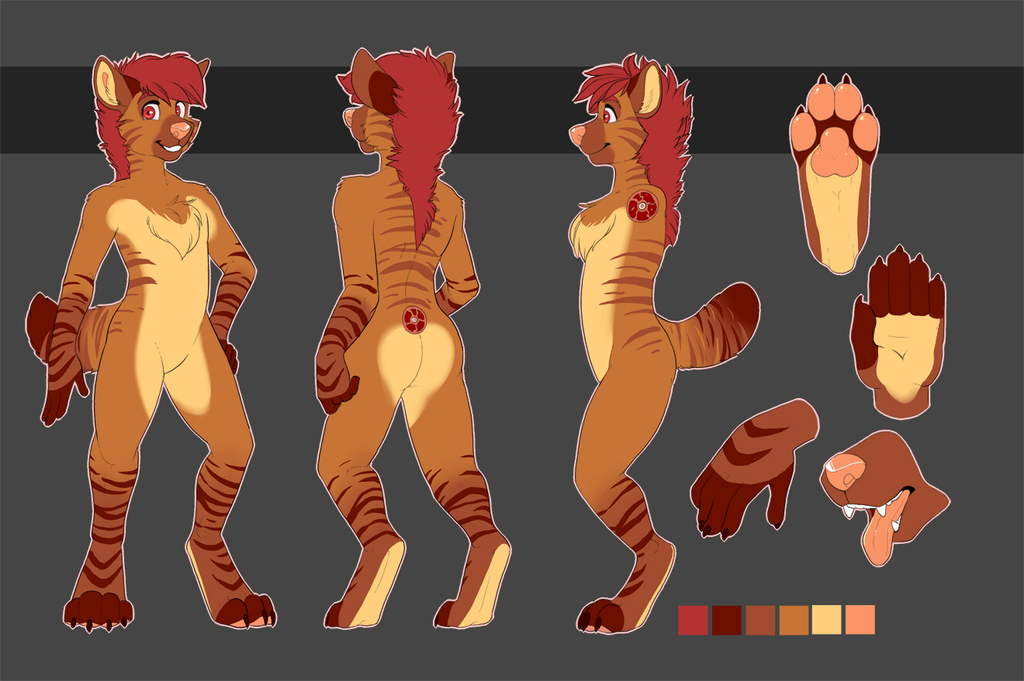 Updated the reference for this character since it's been at least.. 2 years since the last one? Nothing really changed other than it not being a super quick sketch anymore and a few very minor details.

As far as images of this character: This is a very general reference. Mostly for an IDEA / Potential fursuit in the future. I would rather prefer people have fun with the character than follow it to the letter. Specifically with things like hair and clothing.