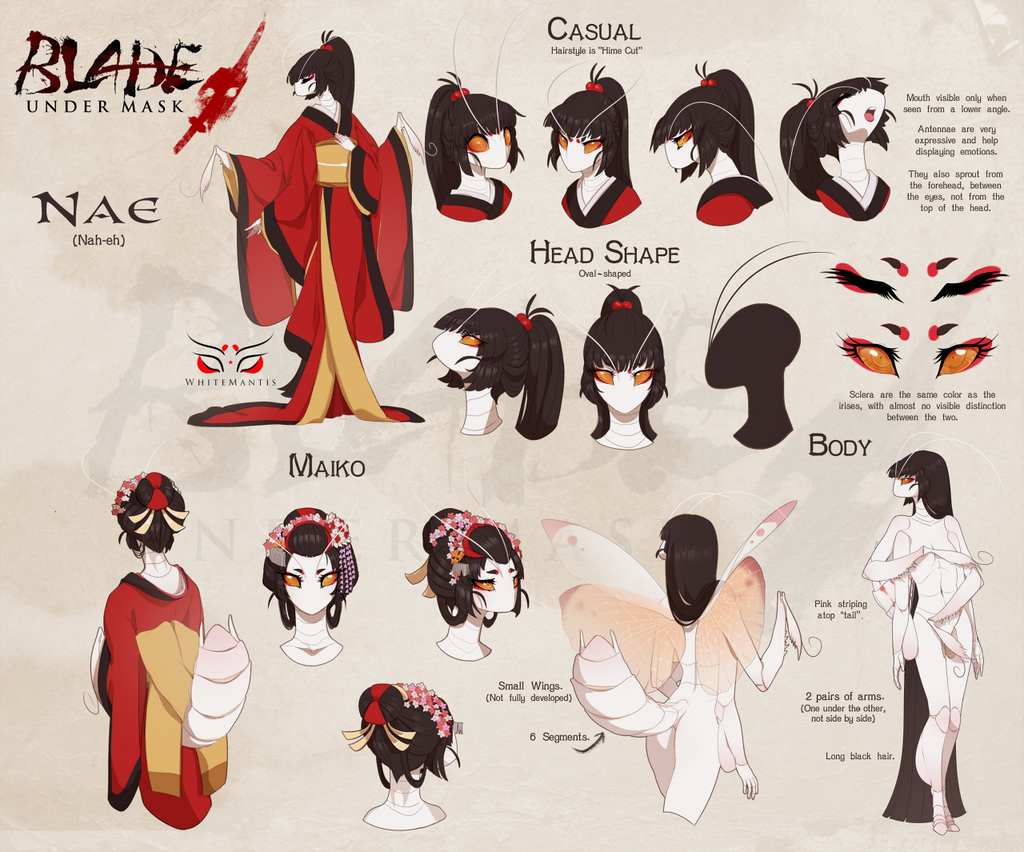 Asazaki Nae is a young maiko, an apprentice geisha, living her daily routine in the Asazaki house alongside her adoptive family: Asami, her strict mother, and Tetsuo, her older brother. Quiet and reserved when speaking, polite and refined when acting, she usually displays a submissive demeanor but is able pull off a bolder self when cornered.

Not older than two decades and already earning well, Nae spends her nights working at different teahouses, entertaining customers with forms of art that range from music to dance, including playing musical instruments and conversation. With a soft voice speaking alluring words, she keeps their minds safe from their problems in the Flower and Willow world that she creates especially for them. She sells her skills, not her body and contrary to ignorant belief, her career does not allow those who seek her company to lay down with her.

Her calm life turns upside down when she starts seeing horrendous, inexplicable figures that she and only she can see, just a few days before the ceremony that will mark her transition from maiko to full geisha. Doubting her own grip on reality and afraid to seek help for fear of accusations of insanity that could ruin her future as a geisha, she starts sinking into her own mind. Between hallucinations and etiquette, Nae tries to keep sober on her feet and
succeed in the trials to become a geisha, as the world outside slowly becomes unrecognizable.

The Character thing on Weasyl made me realize Nae's model sheet was really outdated. She went through some changes and since I've been getting some commissions with her, I thought I'd make a new one. I had fun drawing all those Naes! <3

Nae and Blade Under Mask are registered property of WhiteMantis and may not be used for any purposes of roleplay or art without explicit, written permission. Please ASK before using ANY of my characters for ANY purpose.