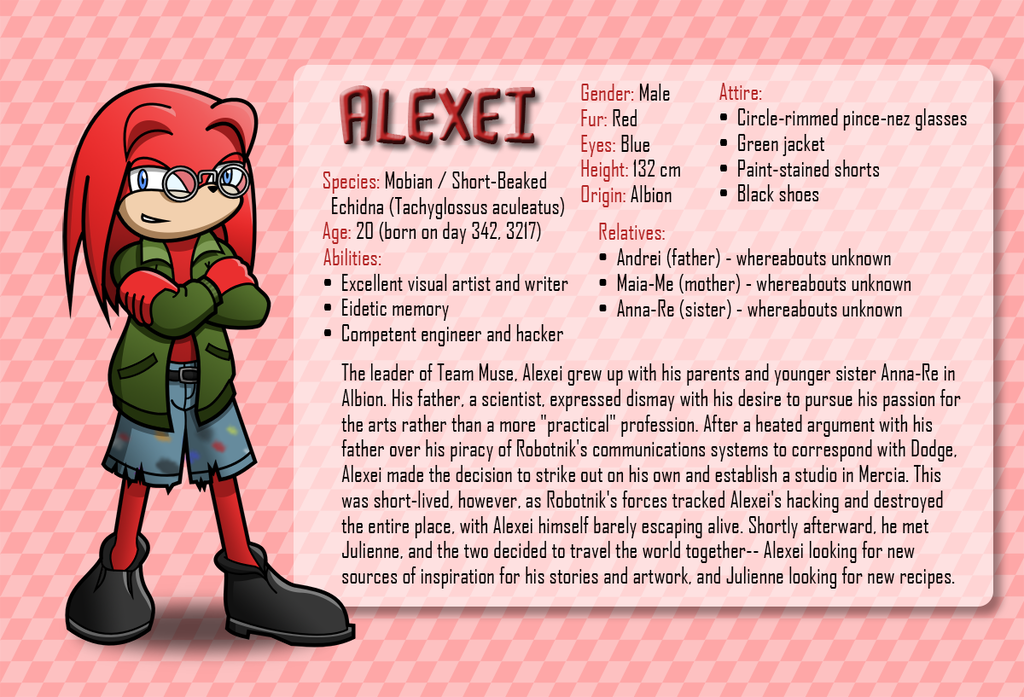 The leader of Team Muse, Alexei grew up with his parents and younger sister Anna-Re in Albion. His father, a scientist, expressed dismay with his desire to pursue his passion for the arts rather than a more "practical" profession. After a heated argument with his father over his piracy of Robotnik's communications systems to correspond with Dodge, Alexei made the decision to strike out on his own and establish a studio in Mercia. This was short-lived, however, as Robotnik's forces tracked Alexei's hacking and destroyed the entire place, with Alexei himself barely escaping alive. Shortly afterward, he met Julienne, and the two decided to travel the world together-- Alexei looking for new sources of inspiration for his stories and artwork, and Julienne looking for new recipes.