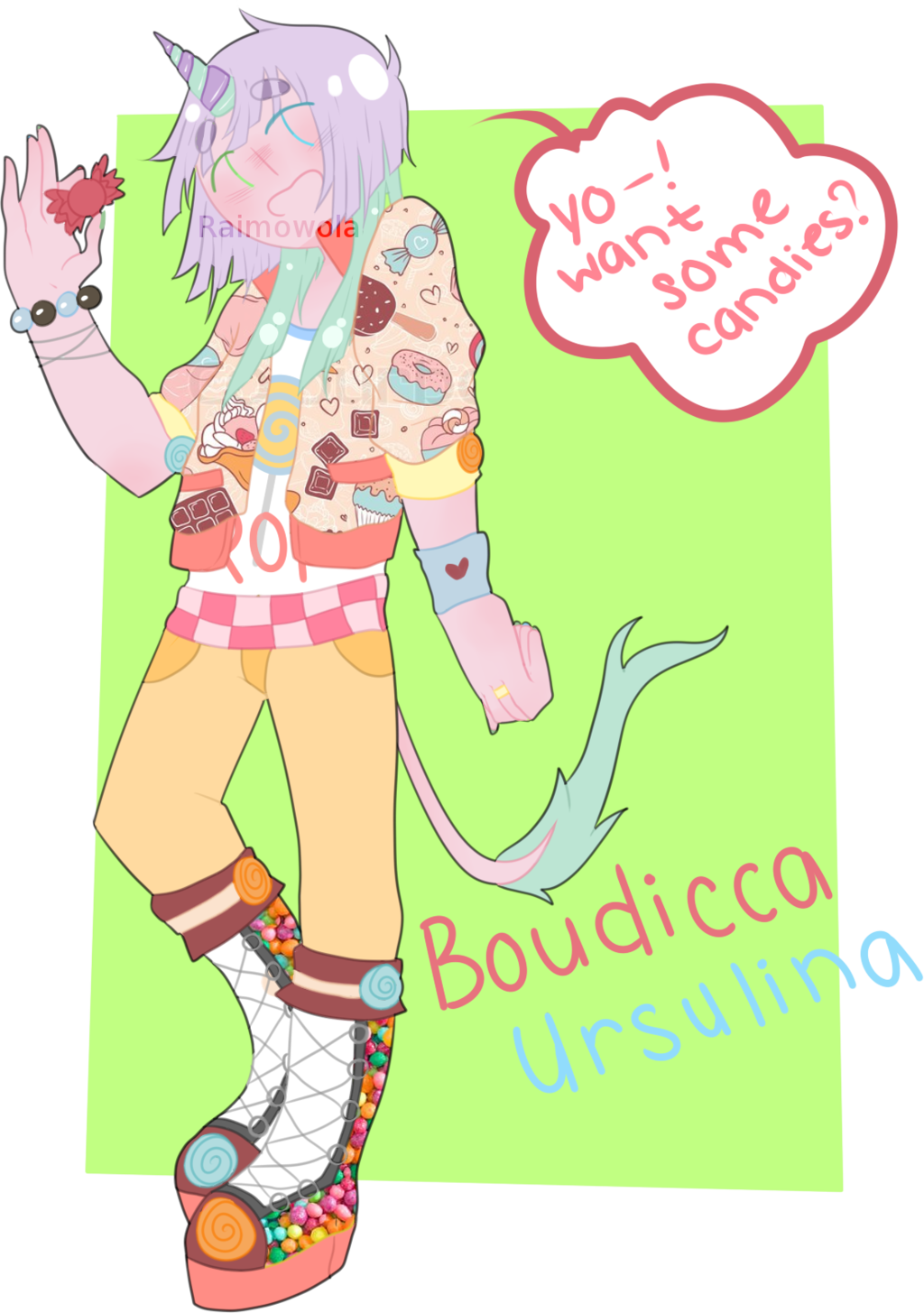 ╰☆╮ Body Build: He is really tall and he have more fats in his muscle, so he is kinda thick, but not fat, but just more muscles. He has a strong strength to pull or push, he can hurt you, he is good at crushing thing, despite he probably look weak to you.

╰☆╮ Job: ShopKeep (He work at the candy store, he own his candy store!)

╰☆╮ Personality:
His personality is really poppy and bright, and VERY childish personality. He always get positive and always happy. He is not the easiest person to be down, he is just always happy and like to make people happy. Unless if you made him angry, you wouldnt like how he turn out, he can get really violent if you make him angry, he would lose his control and balance of his mind to control the fear and happiness but he is still a wonderful person to hang out with~!

╰☆╮ History:
When he was little, he live a boring, black-white life with his strict parents. Where he couldnt play any games, or eat the foods he want to experienced, or anything fun like the kids does in his modern age but not when his old-fashioned unicorn parents are present. Boudicca was home-schooled for a long time until he turn 12 years old, that it was decided that he could go to school publicly with kids. Afterward, he start to experienced more and more with his new friends and many stuffs he never did before, especially where the part the candies came in. His friends gave lots of candies to him and he tasted some, and more and more. He absolutely loved them, and all of sudden he had this dream of being a Candy Shop Owner where many kids could experienced taste of colorful candies!! However the most obstacle are his parents, because they obviously wont like his idea. So one day, Bouccida moved away when he was 18 years old, somewhere further away, in the Unicorn Kingdom, he found a sweet, small shop that he laid his eyes on, and it took him few months to finally move in and own the shop. It was pretty popular since then he turn into 25 years old.