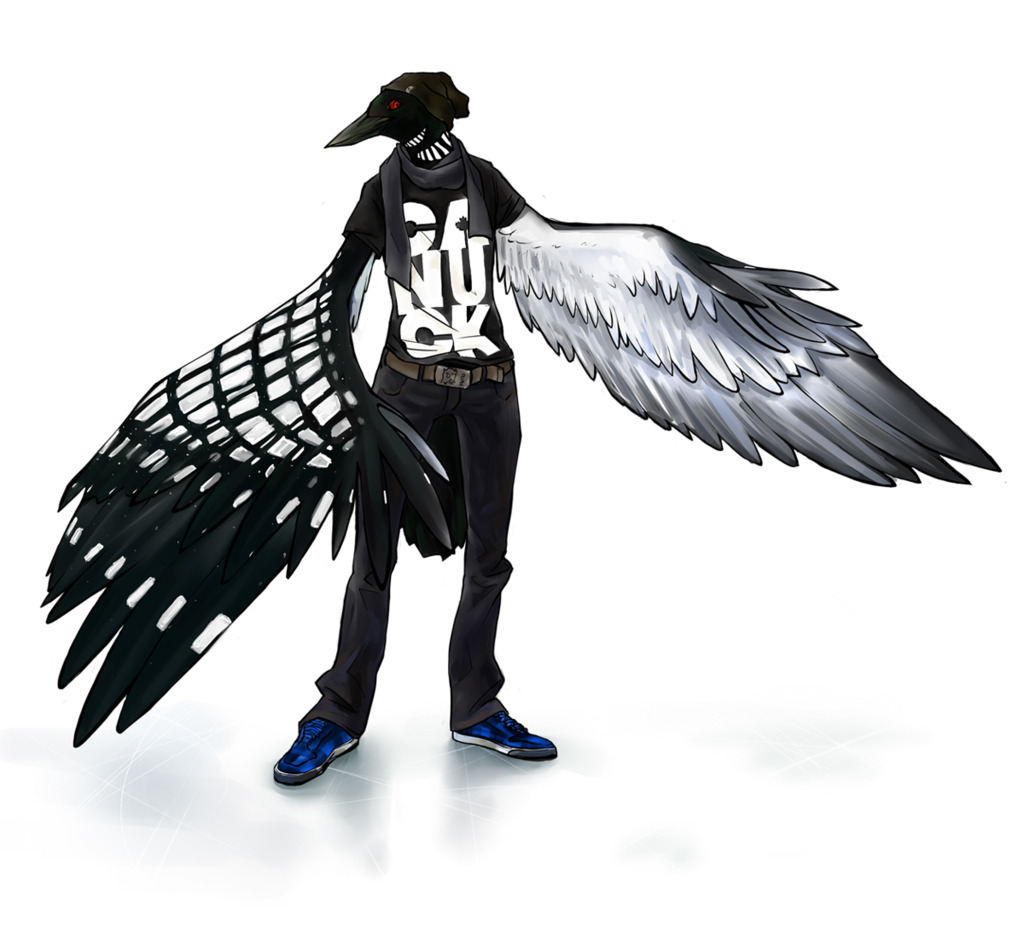 Hello this is me if I were a bird. elelele birdsona. I basically wanted to make a character that reflected my bodytype circa the 2010 olympcs before I started lifting things up and putting them down again I guess.

Fuck if i know, I drew this a long ass time ago in effort to make a REF

I was wearing exactly whats in this image too. It's pretty awesome lol. SOO IDK THIS IS basically me wearing my patriotism on my sleeve - The idea of this character was floating around for god knows how long but it wasn't until the national identity defining moment that was the Vancouver Olympics that I really developed this character. At first I was thinking of giving him my middle name (Alexander) but AS YOU MAY HAVE ALREADY GUESSED HIS NAME IS AN AMALGAMATION OF TWO OLYMPIC ATHLETES. That being Alexandre Bilodeau (Won the first gold medal on home soil) and Charles Hamelin (COBRA STRIKE, Here's a terrible video, i apologize for the godawful music http://www.youtube.com/watch?v=tyljfphimpc)

TL;DR I wanted to fucking make a Loon character that embodied my Canadiana I guess.

Aside from all that, as a standalone character, he's a designer intern of sorts in Vancouver who hits up underground garage punk shows and crashes (read bumps his hugemcbigass wings all over everything)

hipster art shows and "parties." He's a bit professionally minded and helps support an Artist Run Centre in Chinatown where his studio is situated because lol cheap rent.

GRAB IT WHILE YE CAN