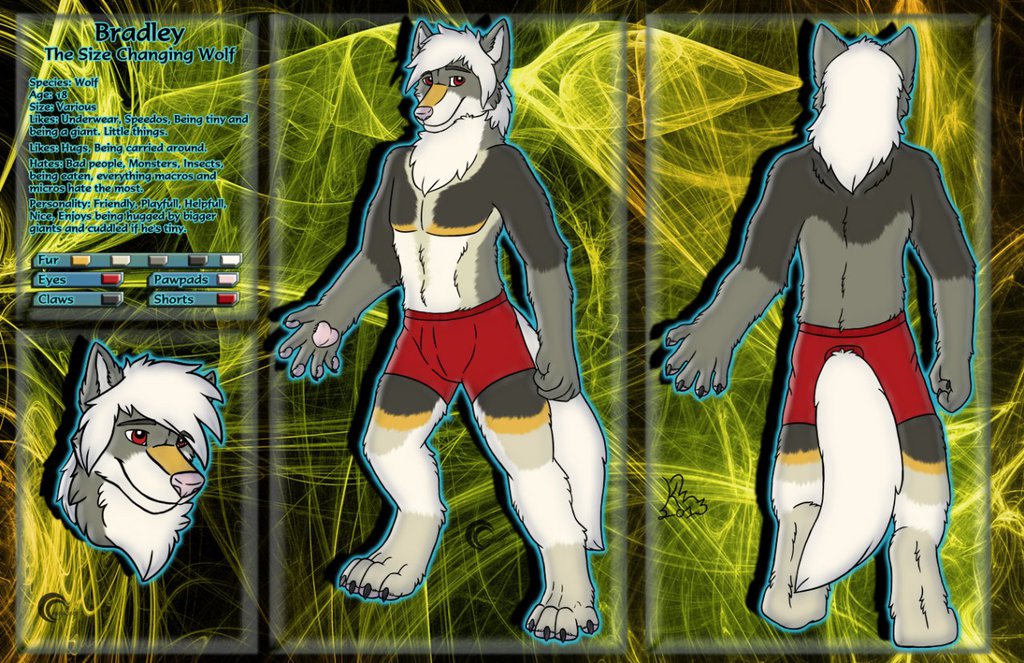 Character Description
Bradley is like Danny in most aspects except he can make himself just as big as him or make himself tiny as an inch. He does not believe in destroying things although he tends to let his tail or his legs swing around and smash things by accident! When that happens he does try to put things right. Bradley became a giant when he was a baby which did resulted in quite a bit of chaos. Having returned to normal size after a few days he was unalbe to control his size growth spurts until he was ten when he was used as part of an experiment to control his growth which meant he shrunk. After spending his teen years trying to control his growth he can now manage it like magic just by thinking big or small.
Personality
Friendly, Playfull, Helpfull, Nice, Enjoys being hugged by bigger giants and cuddled if he's tiny.

Likes/Dislikes
Likes: Underwear, Speedos, Being a tiny and being a giant. Little things. Little people to play with plus little and people playing with him, carrying things in his underwear like little people, buildings, cars etc. Hugs cuddles, Being carried around in undies and speedos etc.

Hates: Bad people, Monsters, Insects, being eaten, everything macros and micros hate the most.