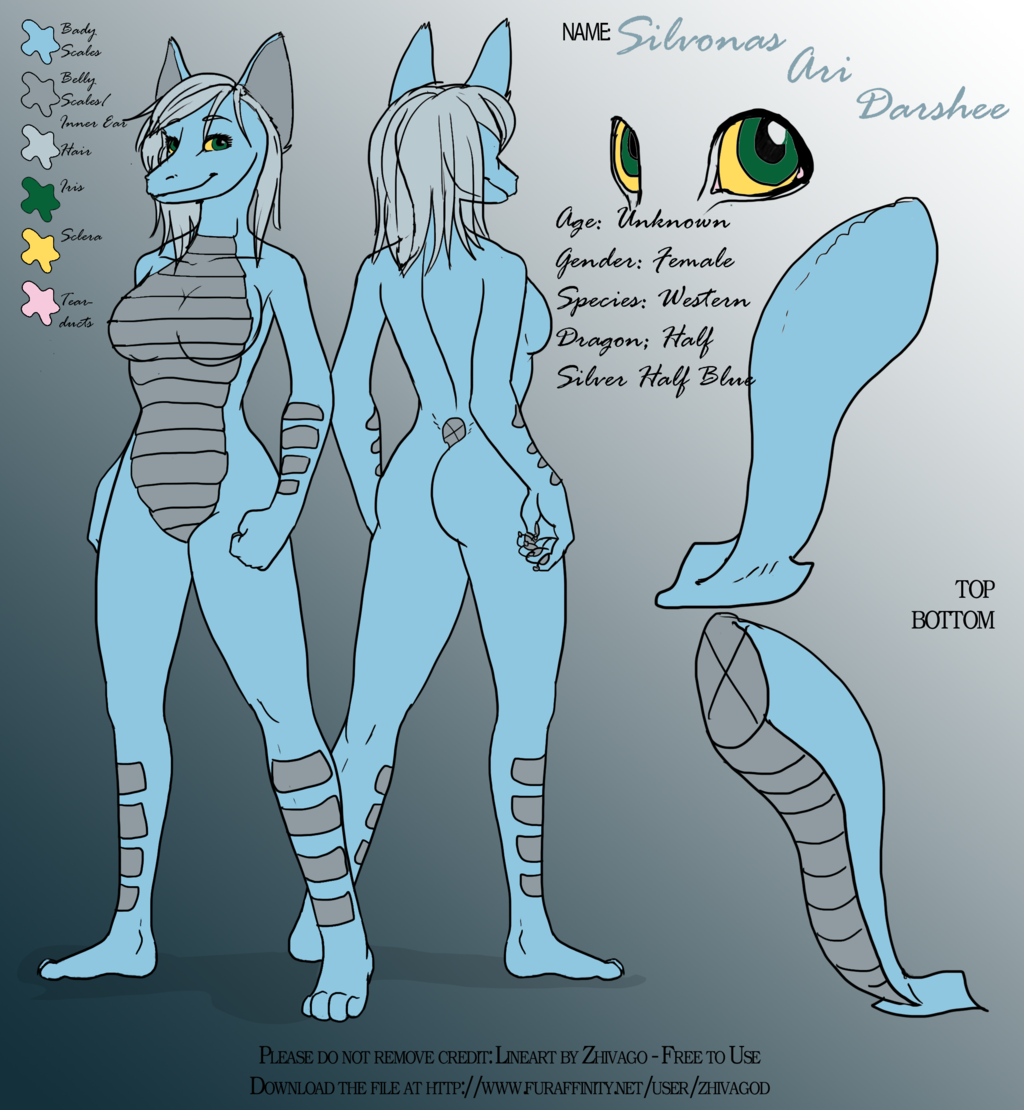 Silvonas Ari Darshee is a cross breed of a silver and blue dragon, and has face persecution because of it. She has emerald colored eyes and silver blue scales which have said to look like the color of the full moon; which is why the elves named her "Silver of the Moonlight". Sil, as she is called by her friends, can not stand for bullies or someone being mistreated just because of what they are. She heads a clan made up of other creatures that have be mistreated because of what they are. She does have some magical abilities.