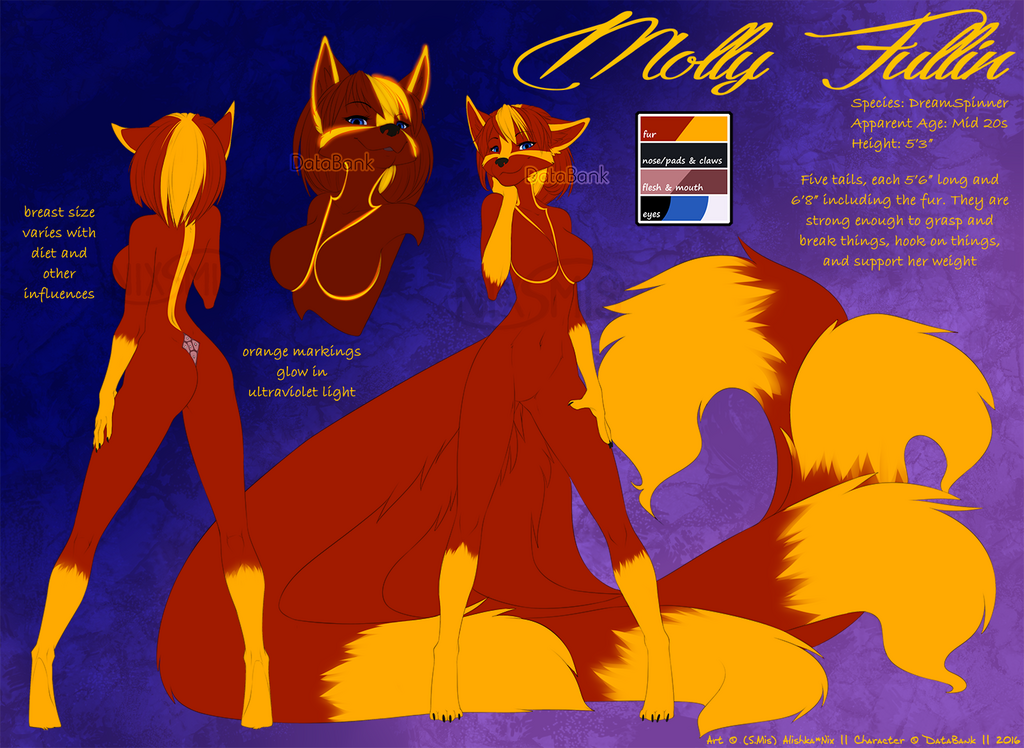 Molly Fullin, an anthropomorphic multi-tailed vixen (Dreamspinner) inhabiting dream realms. At her best when ambient emotions and dream themes flow along concepts of compassion and sensuality, she tries to encourage these in her dreamer. Molly's outward style is flirtatious, though some of it comes from her belief that she makes others' lives better by her own style of artistic expression with her body.

Molly's markings fluoresce under ultraviolet light, as depicted in the inset bust. These markings serve as identifying "tags" in the black light saturated nightmare realms that some Dreamspinners hunt in.

She has five long tails, each longer than she is (even without the thick and fluffy fur!). They're quite muscular, able to lift her up in the air or function as weapons.

Her abilities inside dreams focus primarily on a Dreamspinner's ability to manipulate the underlying rules that the dream's flow adheres to. A more comic example involves when you open a door, and there's another door behind it. Other useful tricks can be like reducing or amplifying how much damage things cause.