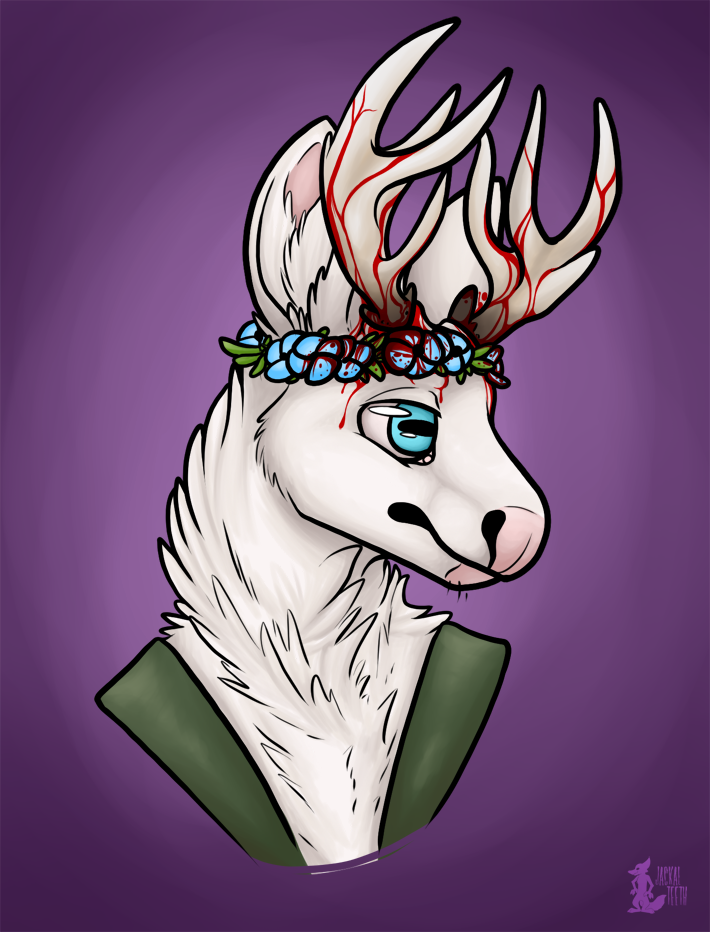 (Moderate rating for blood, I suppose) Art by JackalTeeth

Abacus is a forest prince, some weird kind of elemental incarnation. His antlers change properties with the seasons - in spring, they constantly drip blood and shed velvet. In summer, they crawl with cicadas and twinkle with fireflies at night. Fall brings moss, bioluminescent fungi and gleaming strands of spiderwebs with egg sacs marking the passage of time in a macabre parody of an abacus. Chubby songbirds make nests of pine needles among the points of his antlers in the winter. He usually adorns his snow-white brow with a crown of plants and flowers to match the season - young ferns and impatiens for spring, ivy and wildflowers in summer, bold leaves of red and orange in autumn, thorns, evergreen and holly in winter.

His usual attire is elegant robes of earthen tones, flowy and flecked with gold and silver thread.