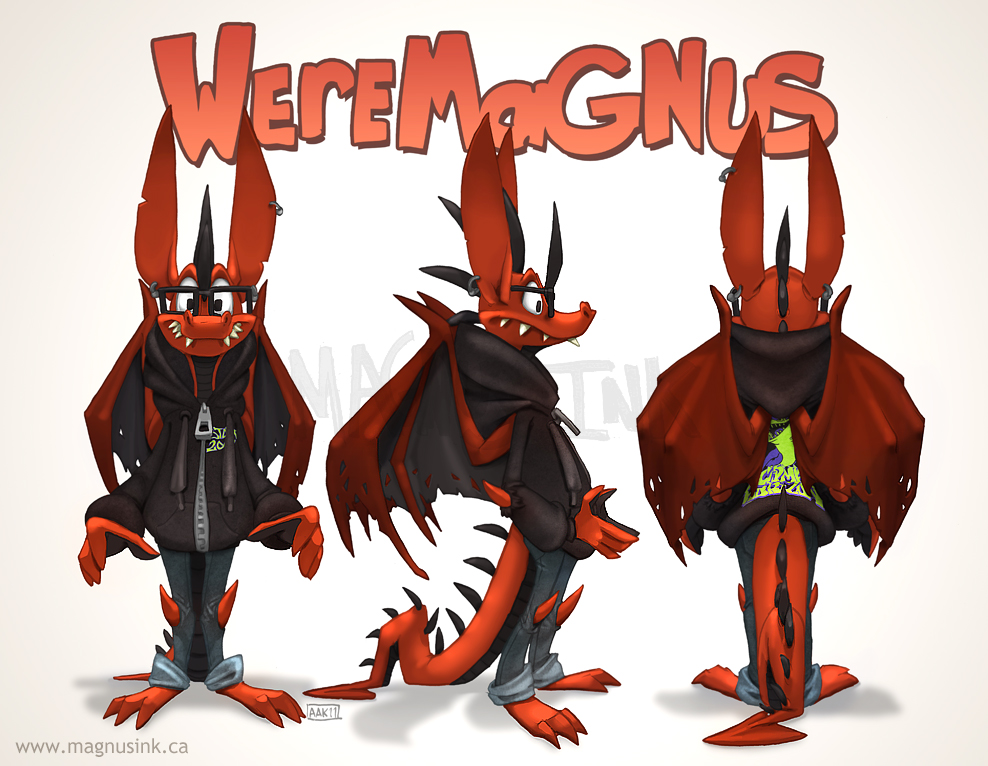 Magnus, also known as Were-Magnus, is a diminutive were-dragon of the Canadian Long-eared sort. Though at a glance gender ambiguous, Magnus is in fact a girl. She is goofy, excitable, loud and energetic. Typically appearing cartoony, Magnus is rather squashy and stretchy, allowing her to pull outrageous faces and the ability to flop around in a physics-defying manner.

Usually found wearing hoodies and skinny jeans, though all clothing she wears ends up shredded at the knees and elbows. Her vision isn't the best and needs to have her spectacles on. Her teeth are pretty bad as well as the entire top row of them jut out.