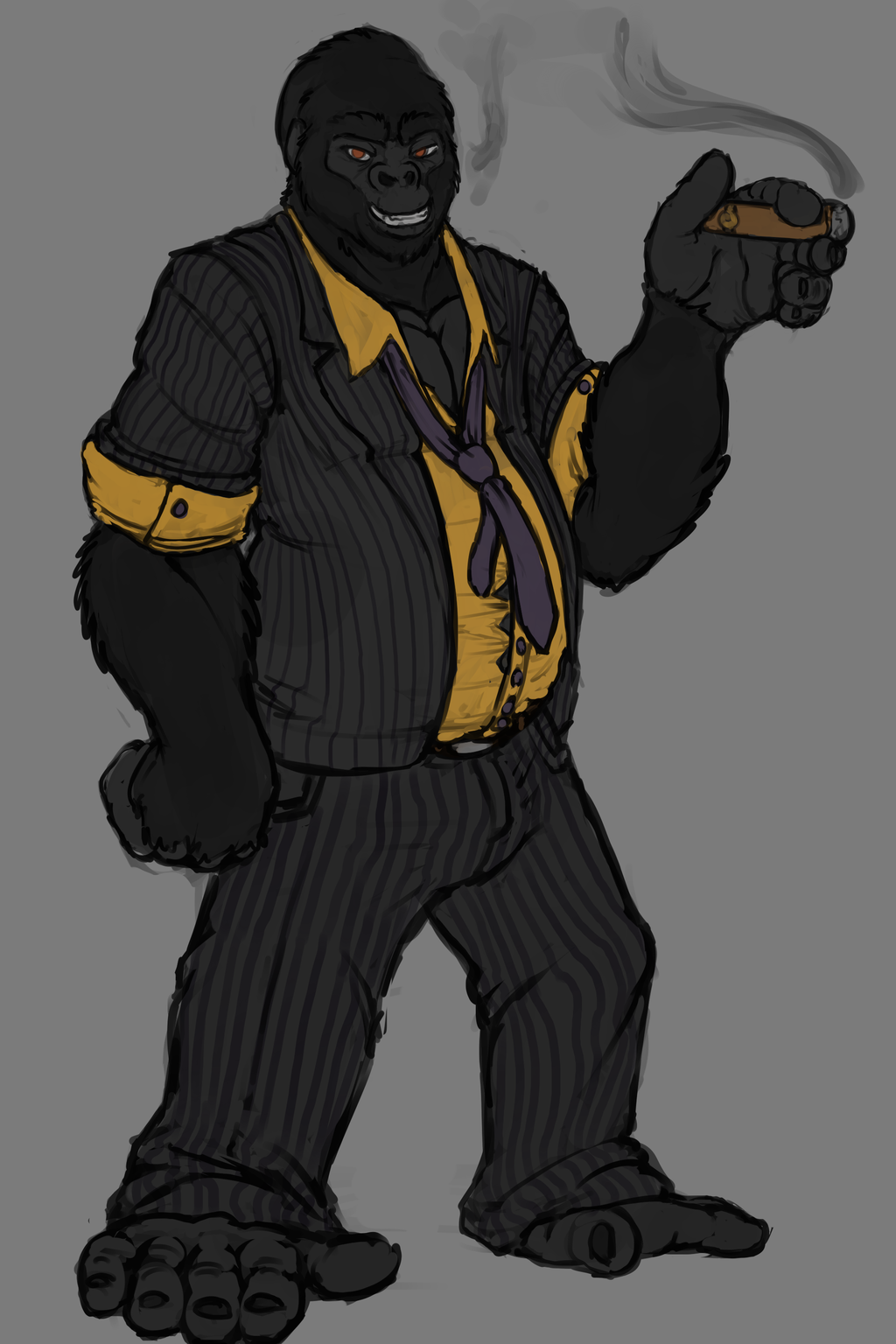 Belmont is the owner of a large corporation. He's got more flunkies milling about than he can count in one sitting. That's not to say the ape isn't intelligent. Far from it! He's worked hard for his current position, and now he's reaping the benefits. He's used to being in power and quite often has at least one of his "minions" in his presence, handling whatever important matters he needs attending to.