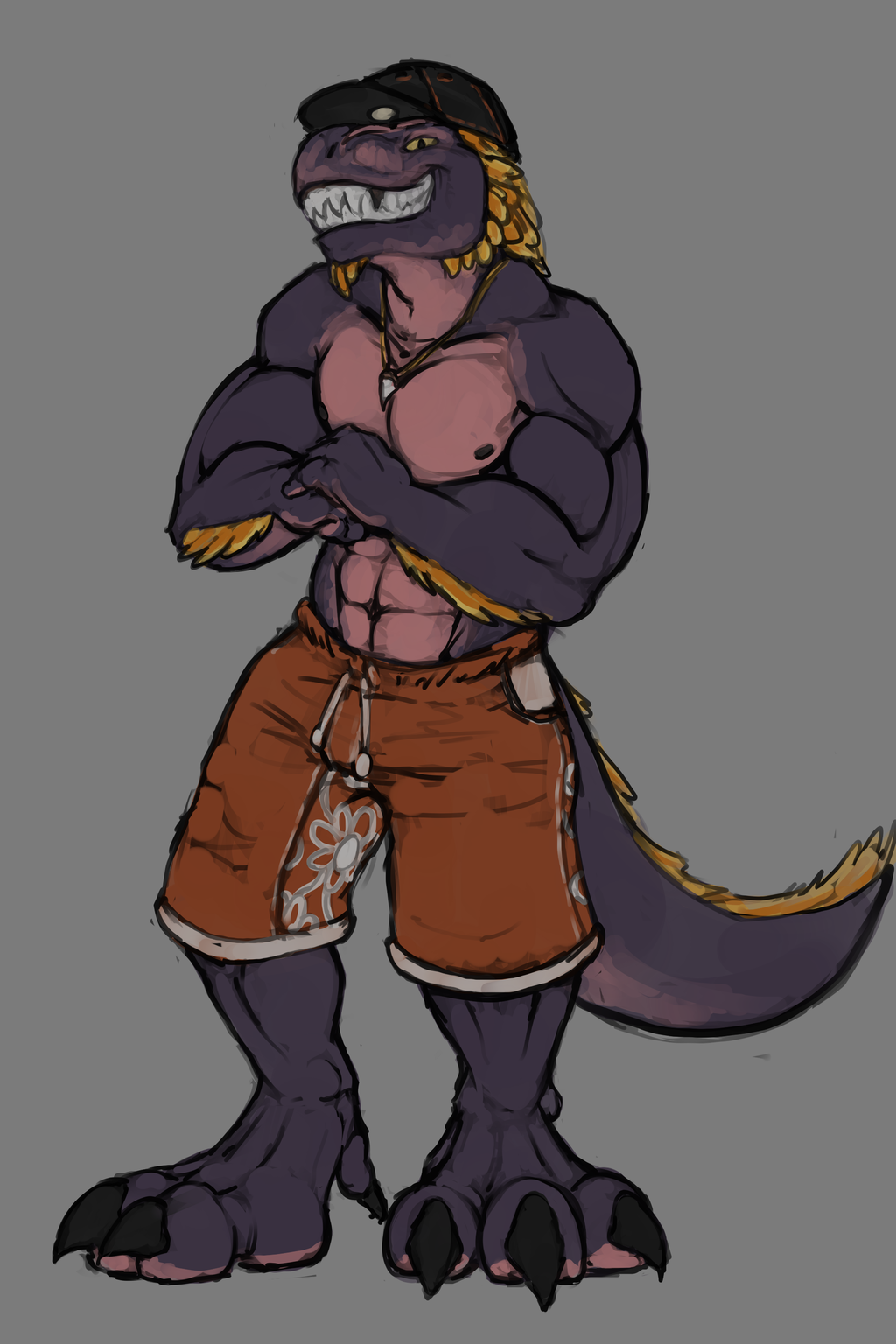 Theme Song: You're a Jerk by New Boyz

Belial is big. Not quite as big as Basashi, but he's up there! Unlike Basashi, though, Belial flaunts his size and strength almost constantly. He is not a nice person and he knows it. He's very fond of using those large paws and muscles of his to assert his dominance over practically anyone. Its advised to stay out of his way!