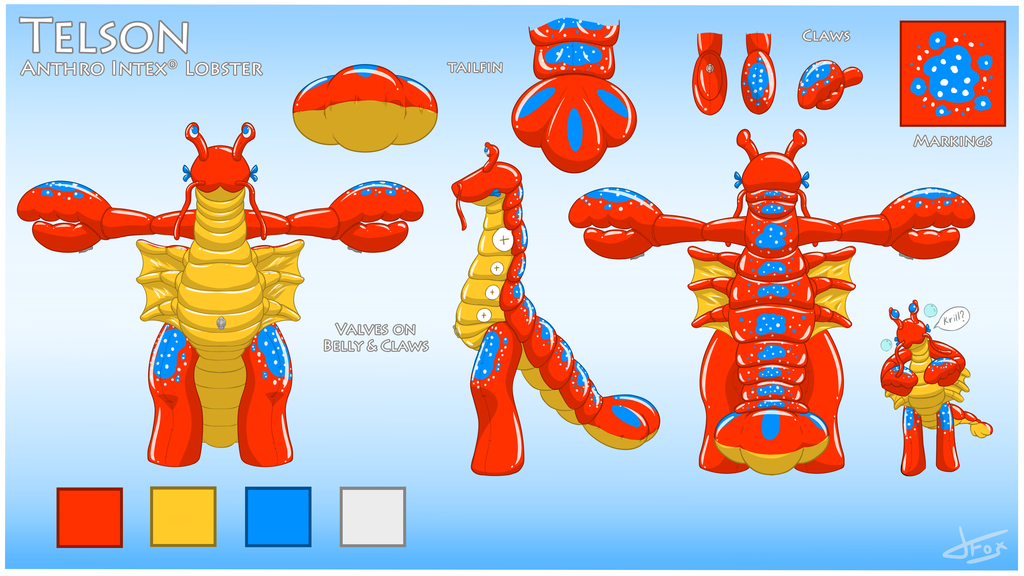 Introducing Telson, the anthro Intex® lobster! It's not often a character's species includes a registered trademark in its name, but this pinchy fellow is undoubtedly and unashamedly based on a real pool toy design.

I've been developing this character for a while now, and this is the first definitive reference for him. Some noteworthy details: