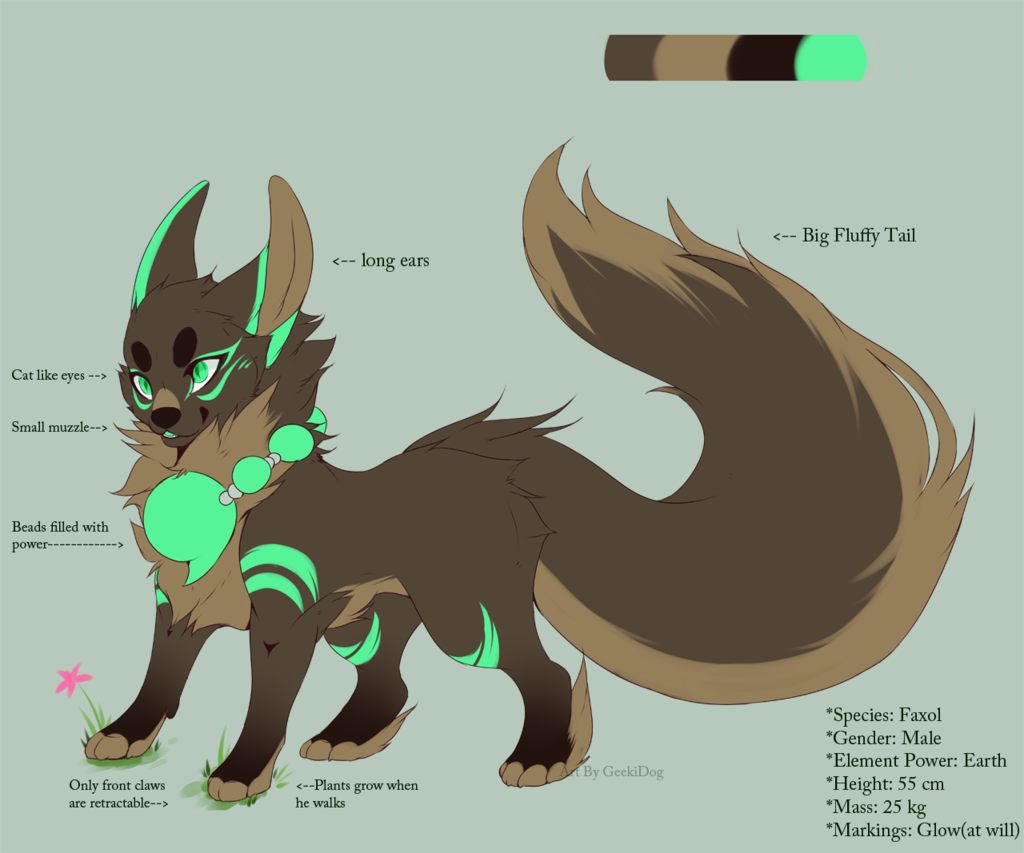 Faxol is an old species I had created back in 2012.

About the species(still in progress):

These elemental creatures are most commonly spotted flitting through the darkness of forests. Often, one may not even realize that they have spotted the elusive Faxol. This species was initially thought to be extremely primitive creatures that fed on small rodents. However, further studies proved that these versatile creatures are protectors of dreams. What this means is that the Faxol consumes the negative or positive thoughts that produce nightmares. Though most choose to feed on the over-powering 'bad dreams', there are some of this species that veer away from the expected path. These rebellious, and often dangerous Faxol feed on the positive energy that creates pleasant dreams. As a result, any who are feeding a Negative Faxol, will experience only nightmares.

The pelt of these creatures is extremely soft, and comes in three colors; white, black, and brown. Around their neck, each Faxol carries a glass-like orb necklace. These containers hold the dreams that the creature consumes, lending them the necessary energy and power to survive. As more and more dreams are consumed, the tail of the Faxol will change in size. A larger, more filled-out tail represents a more powerful creature.

Each Faxol is made up(or in short terms born) with a natural force, such as, "Fire, Air, Earth, or Water".

All having a different meaning.

Earth: Stable and resilient, earth is the element of solidity and support.

Fire: Has positive connotations like warmth, light, purification, and even rebirth

Air: The element of change and movement; unpredictably calm one moment and flying into a tempest the next.

Water: The element of change and adaptability; capable of taking any form.

Faxol are generally the size of a medium domestic dog. The ears of the species are specially developed to pick up on the sounds of respiratory changes that can indicate sleep.

Upon the chest, under the eyes, plus around the eyes and ears, front and back legs are where the creatures markings lay. Their markings can glow at will. This helps them guide their through the night. In mythology, plunging a dagger directly through the orb, was the only was to kill a Faxol, short of stealing the orb from around its neck. Be warned, these beasts are extremely cunning. Those who wish to steal positive dream energy are not easily deterred. They have fallen from the ranks of their own kind, and have nothing to lose. As far as safety is concerned, the best possible way to avoid coming into contact with a Negative Faxol is to avoid wandering the woods at night.