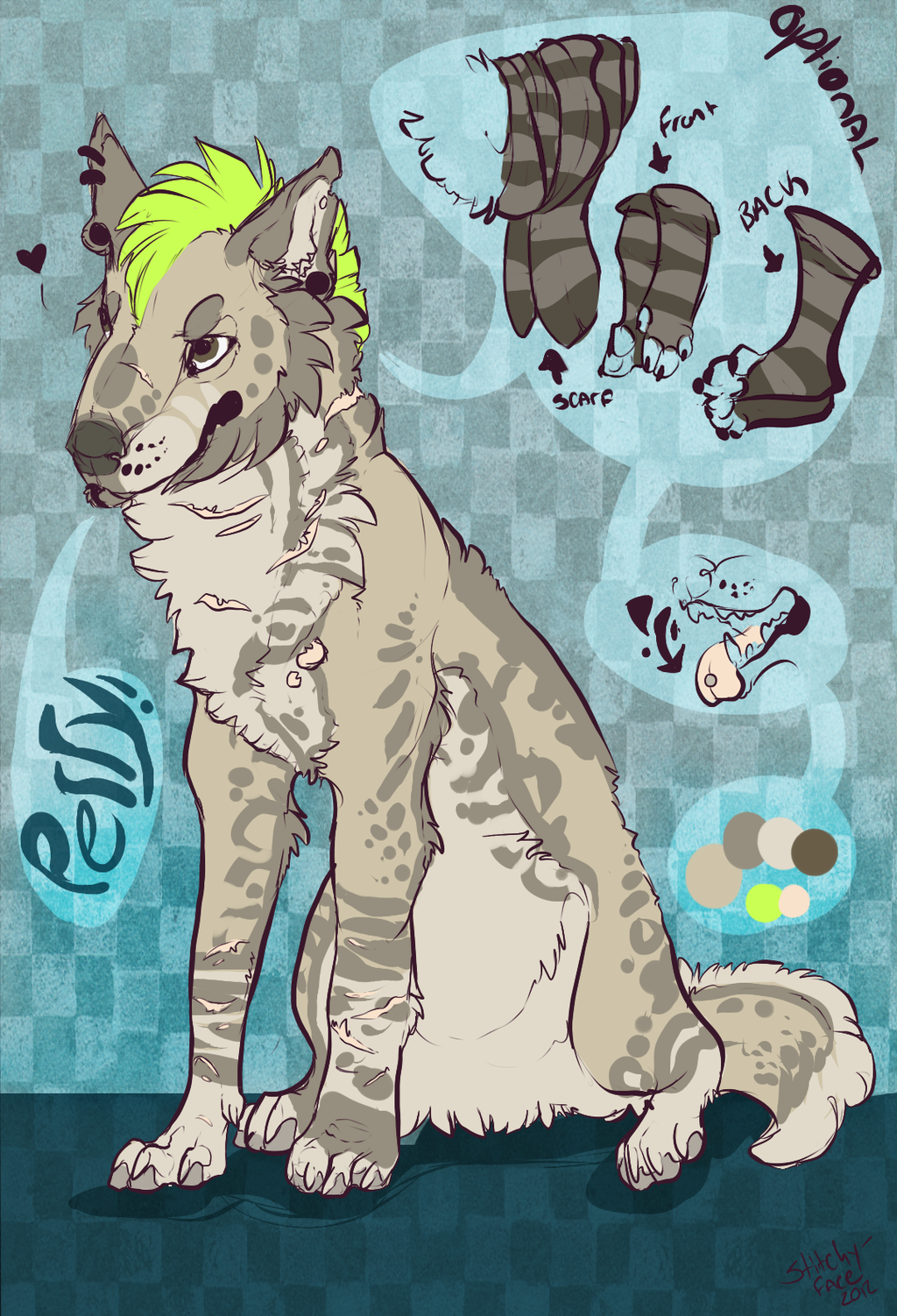 EDIT: Forgot to mention he DOES still wear that optional bombers hat of sorts with the pom poms on the end c:

He's about the size of a full grown timberwolf, maybe juuuuust a wee bit smaller. He uses this form mostly in the winter because he doesn't feel like turning the heat on to save money he dosses about the house as a dog unless it's a particularly cold day/night the he'll turn the heat on. He's generally dorky and gets into a lot of trouble (he's been good lately) He likes to wear his scarf and arm sleevies for the fun of it unless it's hot outside.

And when Cameron was alive he used to shave him like a poodle just for spite. Sometimes he'll paint his nails black or lime green.