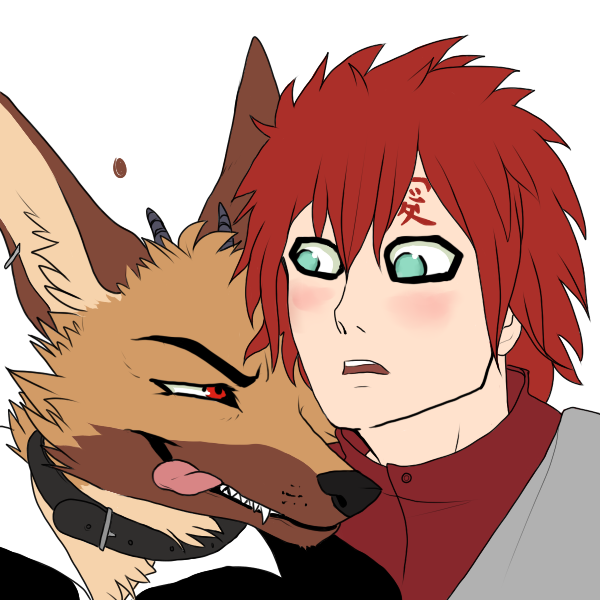 A young hybrid whose father was involved in both the occult and the supernatural. Unusual, chaotic, malevolent twinged insanity- he's an anomaly, a wildcard. Certainly at one point he was capable of passing as sane, but as the years have gone by and the truth of his origins exposed themselves, his overall nature has proved to be ever-erratic and far from static. It is an unfortunate inevitability that with his demise the hells shall rise.

● ＥＹＥ ＣＯＬＯＲ: Blood red. Vermilion even, sharp as they are they're hard to miss.

●ＡＦＦＩＬＩＡＴＩＯＮ: None to speak of.

Unstable in his stability, stable in his instability. Ripley is a complex creature that seems to thrive off of chaos and rampant emotions of others. While not aligned to any particular "side", he does seem to harbor a few stereotypes of demonic legend. Mischief is a primary component of his personality, and he has been known to be incredibly destructive if it strikes his fancy.

Nihilistic, apathetic and homicidal traits are covered up by an intricate mask of kindness and urbanism that tends to lure people into a dangerous dance of lies and half-truths. It's rather difficult for him to fathom emotions, as seen with the relationships that he tend to make; a self-focused and prideful creature, he'd rather it be "All about me" instead of "All about us". Fear is not something that he tends to feel - instead things are looked at with a detached curiosity and antagonistic nature.

He tends to cling to people on an emotional level, being incredibly dependent on them in order to preserve his false belief of sanity and ideologies. While not a follower, he does show traits of mirroring others subconsciously to please them. Yet Ripley also holds few fragments of what he could have been instead of what he's turning into.

He can be brave, bold, confident and aristocratic whenever he's in a "good" mood, but with these things come a distinguishing, overbearing snarkiness and sense of superiority that pushes people away. Caustic, and with a strange sense of morality, he is often seen as a wild card among other beastkin due to his rather sporadic nature. Mentally, it's rather established that he shows traits of sociopathy due to the four devils that have manifested themselves within him when he came of age, it's obvious that his mind is steadily deteriorating into something far more fitting for their use.

Suffice to say, it's unwise to find comfort in one state of mind, for Rip tends to flicker and burn like the flames that compose his soul. His ability to manipulate and scheme is unseen, while his disgust with his own morality is superficial at most. A scant glare of sanity will often act as the primary layer of being when in public, for Ripley can be kind, educated and rather lofty when it comes to habits, but otherwise is a being of warped morality and twisted views that don't exactly fit in with modern standards.

His anger is something that is... unnatural for a mortal. Like many of his negative traits, wrath is something that may be just as sudden as it is expected. His ability to scheme against others and get outright murderous may be explained as his unstable genetics, but eh... one can't exactly play it off as mood swings, can they? The ability to be bitter and petty is astounding, and along with his carnal desire to possess any and everything, Ripley shows little remorse over using others to get what he wants. Amusement in riling others up, getting under their skin, and generally slinging insults towards them are things that cause Ripley to seem like... well... kind of a dick.

Canine behavior is normal - he doesn't tend to act like a human too much, only speaking like them and walking like them. Other than this? Ripley is more prone to canine displays such as immense loyalty alongside simplistic displays of affection. So yes, he does bark, yes, he does lick and yes, he does tend to nip and raise his hackles. Can't deal with an anthropomorphic creature that acts like his species? One just has to clam up about it.

So, overall? He is not a good person. He will not befriend you unless y'know, y'er interestin' to him.

based canine occult of off ripley the tho yes