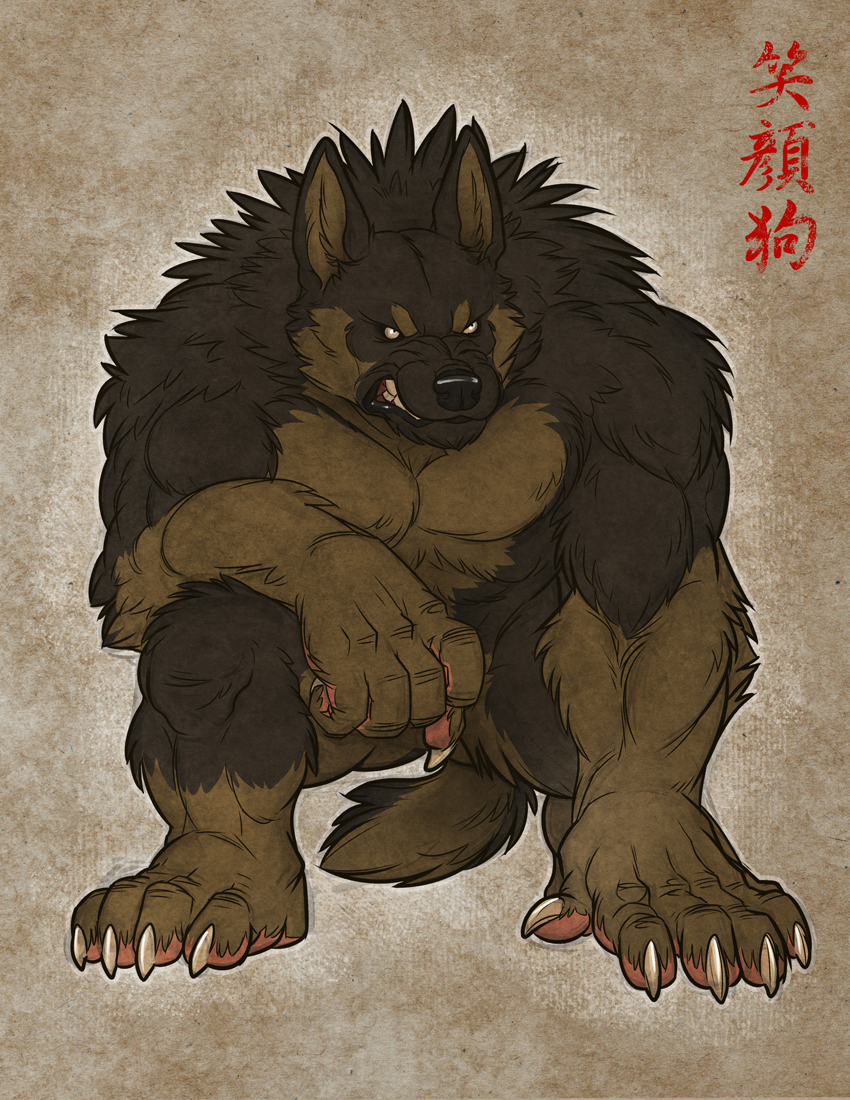 There's more than one way to make Elliot a big dog. Doing some chronological shifting and making a brute of the shepherd packs on a healthy amount of muscle and mass, and size to boot..

It would seem to come at the expense of some brain capacity and intelligence, though there's occasionally glimmers of intelligence deep within those dull, almost bestial eyes. More often though he's a hulking creature of mostly instinct and few words.