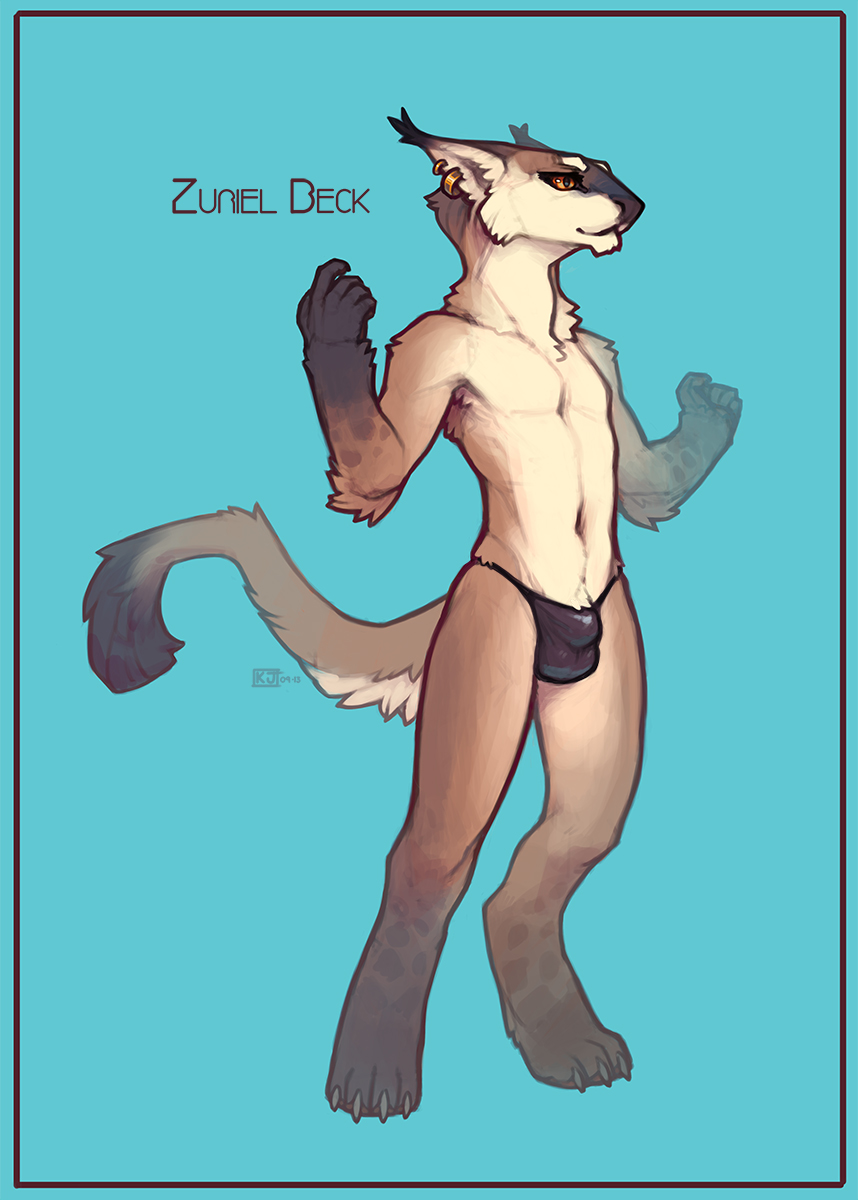 Awesome! Just, please, NO adult drawings without asking me first.

● ＲＥＬＡＴＩＯＮＳ: He has a family as everyone else does. They're alive and well.

● ＭＵＳＩＣ : R&B is more likely to be found his playlist than anything else.

● ＭＥＮ : It isn't complex. He enjoys a lot of types, provided they have a pair.

● ＰＨＹＳＩＣＡＬ ＣＯＮＤＩＴＩＯＮ : Peak condition. He far outstrips any human of the modern day and age.

● ＰＨＹＳＩＣＡＬ ＬＩＭＩＴＡＴＩＯＮＳ : If he has them, he isn't going to express it.

● ＡＬＬＥＲＧＩＥＳ/ＩＬＬＮＥＳＳ/ＡＦＦＬＩＣＴＩＯＮＳ : Allergic to cantaloupe and shellfish.

● ＳＣＡＲＳ/ＴＡＴＴＯＯＳ/ＰＩＥＲＣＩＮＧＳ : A tongue stud. Other than that? Well...

General consensus of the public breeds opinions on how people in positions of power should behave, so it would make sense that any hopeful soldier would behave in a manner that draws respect and Zuriel certainly isn't an exception from these preconceived notions.

Interwoven with years of conditioning is the product of an upbringing in a household that was just as strict as it was honorable- cool, calm, and collected. The triumvirate that makes what many would expect of a leader, of a member of the UN Navy. Zuriel comes off as a man with few regards to things beyond his missions, beyond work. Many speculate that he simply doesn't have much of a life outside of work, which is easily explained as the rumour mill spanning out of control. His passions are few, yet they are there nonetheless. The most notable happen to be his fascination with 21st century items, of all things. The relics of the past happen to be a subject of fascination for him, and to put it lightly, he finds the trinkets to be entertaining in a primitive sort of manner.

His sharp mind is nigh inscrutable, attempting to pry anything out of him that he doesn't wish to share is a fools gambit- he can just as quickly go from amiable and friendly to aloof if need be. He's short with his words- oft to the point and not one who tends to waste words with the frivolous, nor the verbose unless it's absolutely needed to get the point. Generally, a sharp bite of the tongue and a blunt delivery of what he desires can be succinct enough to get the point across. His unit has learned that he isn't much of a smalltalker, although he can be coerced into making it if his curiosity is stroked enough. He does have a preference for personal space however, so it may go without saying that he can, and will frequently seek his own company instead of the company of others if feeling contemplative.

As admirable as he can be with carrying through and delivering orders, Zuriel can be just as standoffish to those who prove themselves to be irritants to his presence. A furrowed brow and firm pressed lips can easily replace an otherwise receptive smile in an instant if he's disinclined to associate with someone because of their behavior. He has little time to babysit, and even though he has little qualms with answering inquiries he's not liable to hold the hands of his subordinates if they cannot figure something simple out for themselves.

His behavior is consistent enough that many find that this attests to his relatively 'dog eat dog' attitude about the world. Whoever may be concerned about this seldom ever utter it, for if he continues to complete assignments with a low casualty rating, why should they?

While he may remain flippant and collected beneath pressure, doesn't everyone crack every so often?

He is not one that is conflicted ; he is certain of his place in the world, just as he's assured of his future. Depending on others may be needed for work, but outside of it? He's not one to lean against others. Problems tend to find themselves stored for the sake of taking the burden away from any prospective worriers and addressing his problems for himself. He's unsurprisingly obstinate about this, and trying to get him to open up is difficult in it's own right. Impressing him is key, yet he doesn't find himself synchronizing with civilians too often.

They simply don't understand the military life, and that's a source of frustration in it's own right for him. His aloof nature is surprisingly intermixed with one of professionalism and politeness- maintaining this is simply something that comes naturally, fortunately. Such can be stripped, but once again it takes quite a bit of work to even get to that point in a relationship with him. In retrospect, this may what makes him magnetic in the first place.

So just how he if caught on a positive note? He's the man who pushes through no matter the odds, facing what seems to be the impossible and making it possible with nothing but his will and sheer guts alone. Some people call him lucky- others simply believe that he's that good. There is little in the way

His career may be stressful at times, but he's more than willing to shoulder it for those that he cares for. Why allow someone incapable of fighting to fight when you can do it for them? His bravery is commendable, just as his sense of camaraderie is easily caught onto once around him long enough.