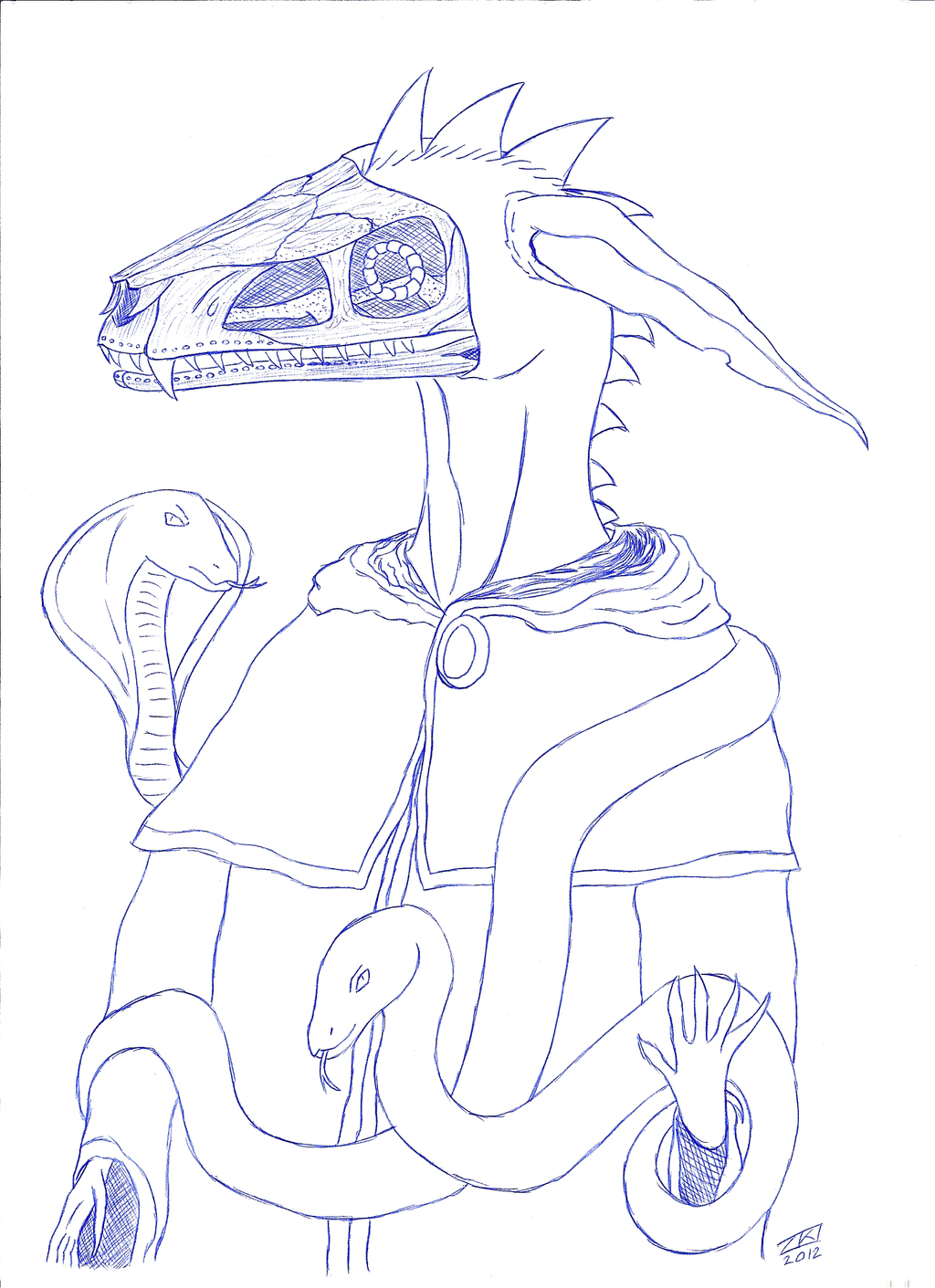 Summoned back to life he's forced to serve until he is released by his master.

In the darkness corner of the underworld among the shadows,

he was summoned back to life as an undead creature made of flesh and bone. He takes a deep breath for the first time on many centuries and looks around in the darkness, noticing two dark purple eyes in the shadows looking straight at him. Eyes that belongs to the one who summoned him from his grave and who ever it may be, he is going to serve this person as it's personal slave. Either he want it or not. Never shall he hear his real name, or he will get free from his master to do whatever he wish to do.

As time passed by he collected the souls of the dead into a bag and brought them to his master, this went on for a long time until one day he was given two snakes. One was a cobra with a short temper and had easy to become angry, the other one was a ball python and more friendly to tell. With his new companions he got even more work to do, bringing anyone who have recently died to a place where their fate would be decided. What fate I do not know, however... being a slave ain't the worst after all since he do have a quite good work where he care for all souls and keeps his master happy.