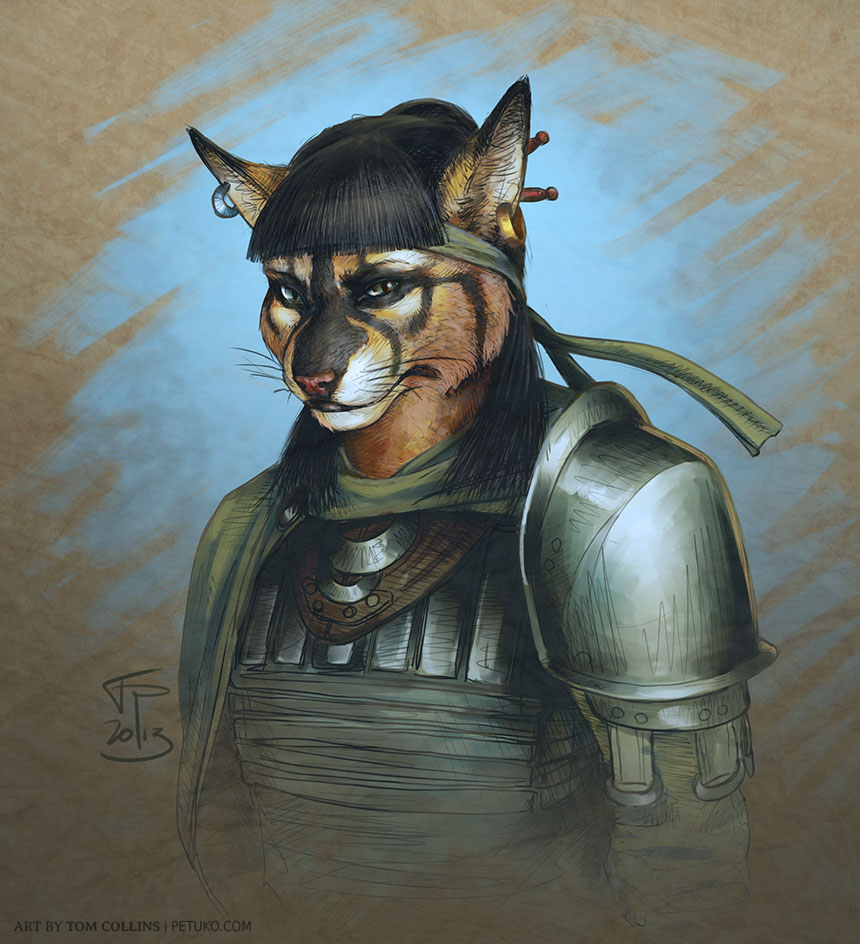 Warm up sketch accidentally turned into this oops

This is Etamnak, someone I've been meaning to draw for a while now. A legendary heroine in Falidyn history, it is said that the ancient Etamnakii Empire and its capital city were named in her honor by the empire's first leader, Damo SeFil Rexcyrit, who was supposedly her lifemate. At its height, the Etamnakii Empire was the largest empire in the continent's history, and arguably the most influential.

The legend of Etamnak comes in many forms, differing from region to region and family to family. It tells of a young Falidyn mother who, after suffering the loss of her children by the hands of deserters, took up arms in her rage and became a great leader in the rebellion against Filados.

Modern artistic depictions tend to be somewhat anachronistic, showing her in military attire common to the early Falidy Damiix (Falidyn Matriarchy), which was many hundreds of years more recent in history than she is believed to have lived. This is because of the attempt by the Filadaki Damoson (Falidyn Patriarchy) to remove her and many other heroines from the Falidyn literary canon in support of their radically misogynist regime. The Matriarchy was largely responsible for the preservation of her legend.

Though the true details of her story will likely never be known, she survives in Falidyn culture even to this day, through both her legend and the city that was named after her.