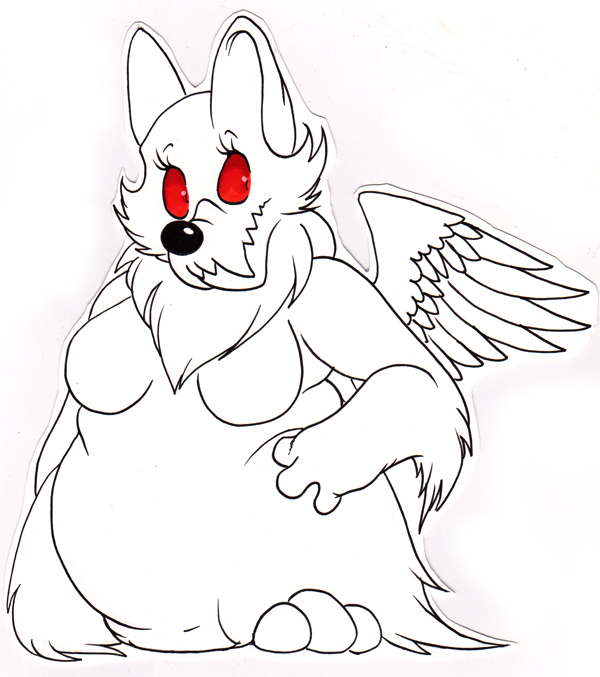 Date of Birth and Birthplace

Date of Capture and Rebirth

Born and bred from nobility, Tyrack was the youngest daughter to Loch Ness Pack’s Head Wolves, Mavuden and Tyrack the First. She was a shy, yet rambunctious female; always coming up with new ideas to strengthen ties between Loch Ness’s neighboring packs.

After her capture and experimentation, she has spent the past 100 or so years wandering the planet, observing the plight of humanity and her fellow beasts. Her adventures has landed her in interesting situations - becoming a war dog, making enemies with a murderous Kangaroo, being a pet to a king, serving in a circus… eventually she found her calling protecting the supernatural and a planet light years away.

Some of her favorite things to do include reading, writing, dying her fur, and traveling. Her wings are growing slowly back to their original size after they have been clipped 50 years ago.

Tyrack’s muzzle is fused with her teeth. White is her default color; her fur can be dyed any color.

She's my flagship character - my darling baby that I've had ever since I created her during my sophomore year in high school. :3