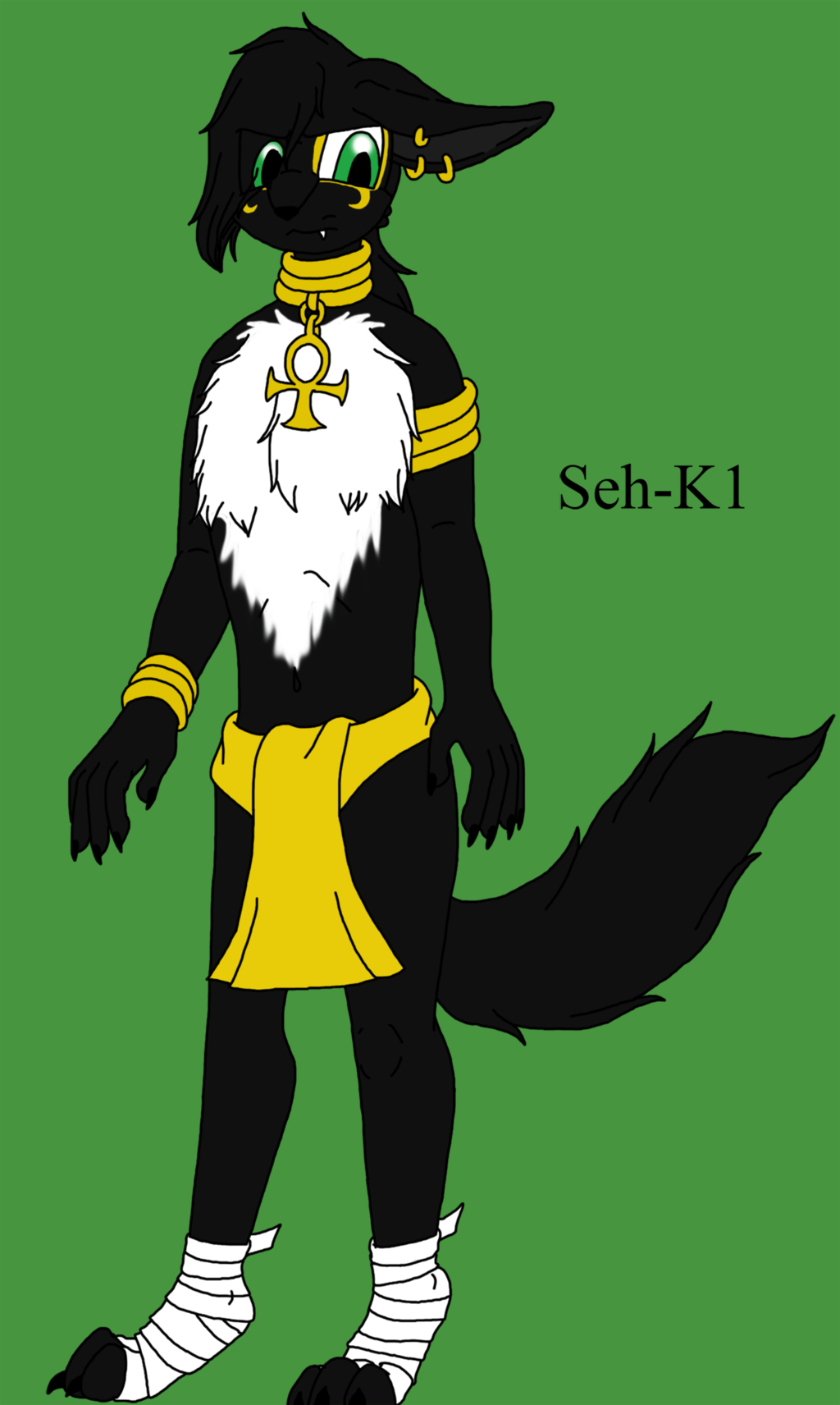 Seh-K1 is a jackal android that was created by the god Anubis as a proxy. Unfortunately he was deemed too hot tempered to rule a country so Anubis had to make another one. The second one made was named Anu-B15 and was far more even tempered than his older brother.

When the kingdom was given to his younger brother, Seh-K1 moved out in disgust. It was well known that before then the two were actually quite close. They were almost nearly inseperable. Now Seh-K1 plots to overthrow his brother from the throne so he can take his rightful place.

Seh-K1 prefers to be known as Sire but most refer to him as Sehkt, Seh or Seh-K1. He's arrogant, and quick to anger.