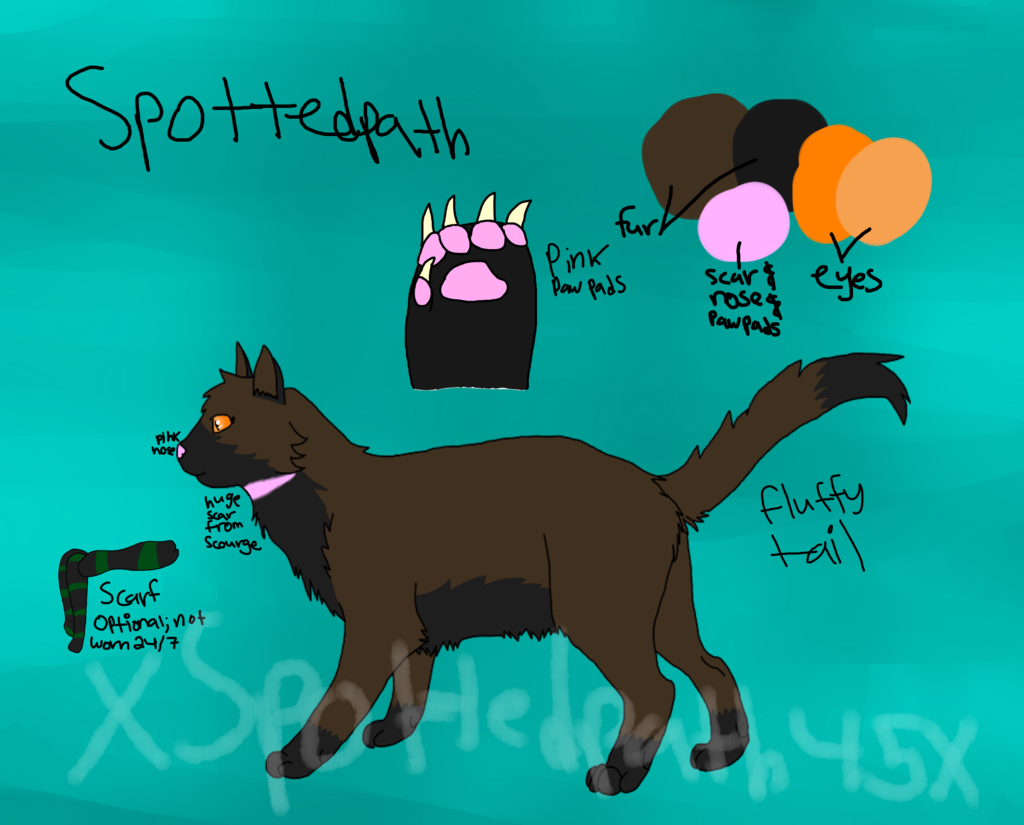 Spottedpath is the second daughter of Tigerclaw/star and Goldenflower. Her siblings are Brambleclaw and Tawnypelt. As a kit, she found out of her father's treachery, and ran away, not wanting to work harder than her Clanmates to earn their trust in not being like her father. She went through many things as a loner, but survived. She met a former BloodClan cat, Tiny, who took care of her with his friend, Janine, after she almost got killed by Scourge. She now has a scar on her neck from the fight. During her time as a loner, she renamed herself Pine. Eventually, Pine and Tiny became mates and had two kits, Flame and Raccoon. She always lived near ThunderClan territory, where her siblings visited her. After the fight with the Dark Forest against the Clans,Pine and Tiny, along with their kits, returned to ThunderClan. Pine realized she could still be happy and have a family despite her father's treacherous legacy, seeing that her siblings had done the same. Brambleclaw, now Bramblestar as a leader, took tjem in, and named Pine Spottedpath for her long oath she took in achieving what she had He named Tiny Tinystorm, and the kits Flamekit and Raccoonkit.