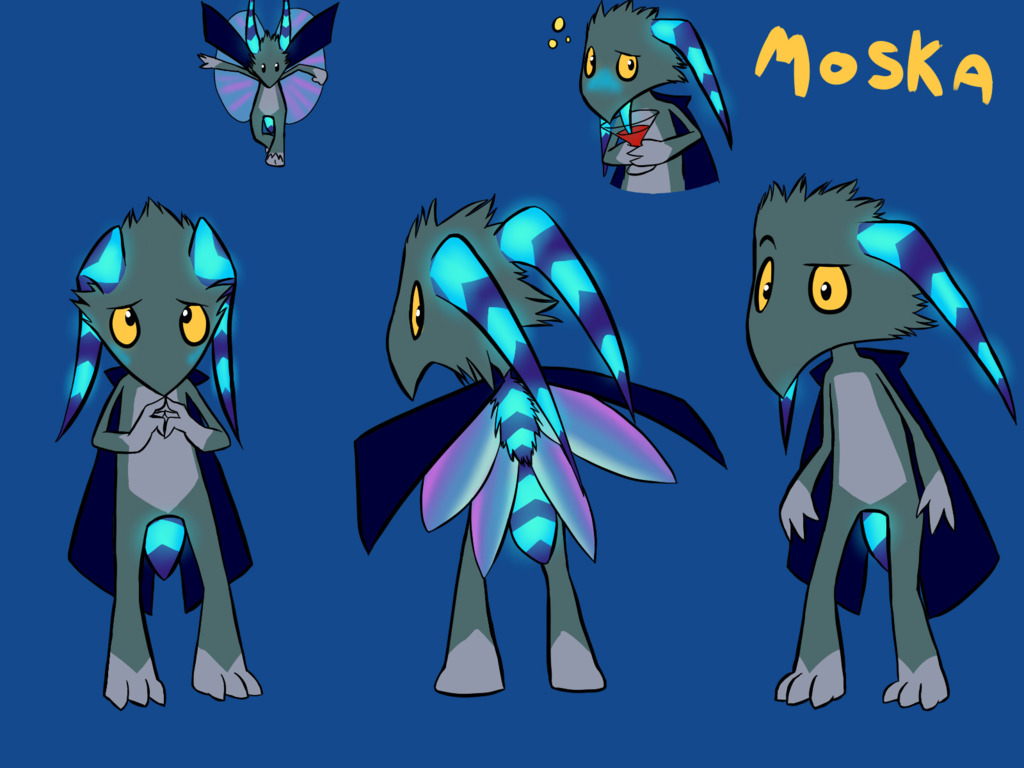 At about 3 inches tall, Moska belongs safely in the category of micro. He's timid and shy around others, but fairly adventurous when the mood strikes. Like Bit, he has glowy insides, but unlike Bit, he can turn off his glow at will. He's a very stealthy sort when he needs to be, especially seeing as how he's a bug and people like to squash those. His hard shell and his ability to play dead has saved his life more than a few times.

Moska is attracted to anything fruity and sweet, but wine is his favorite.