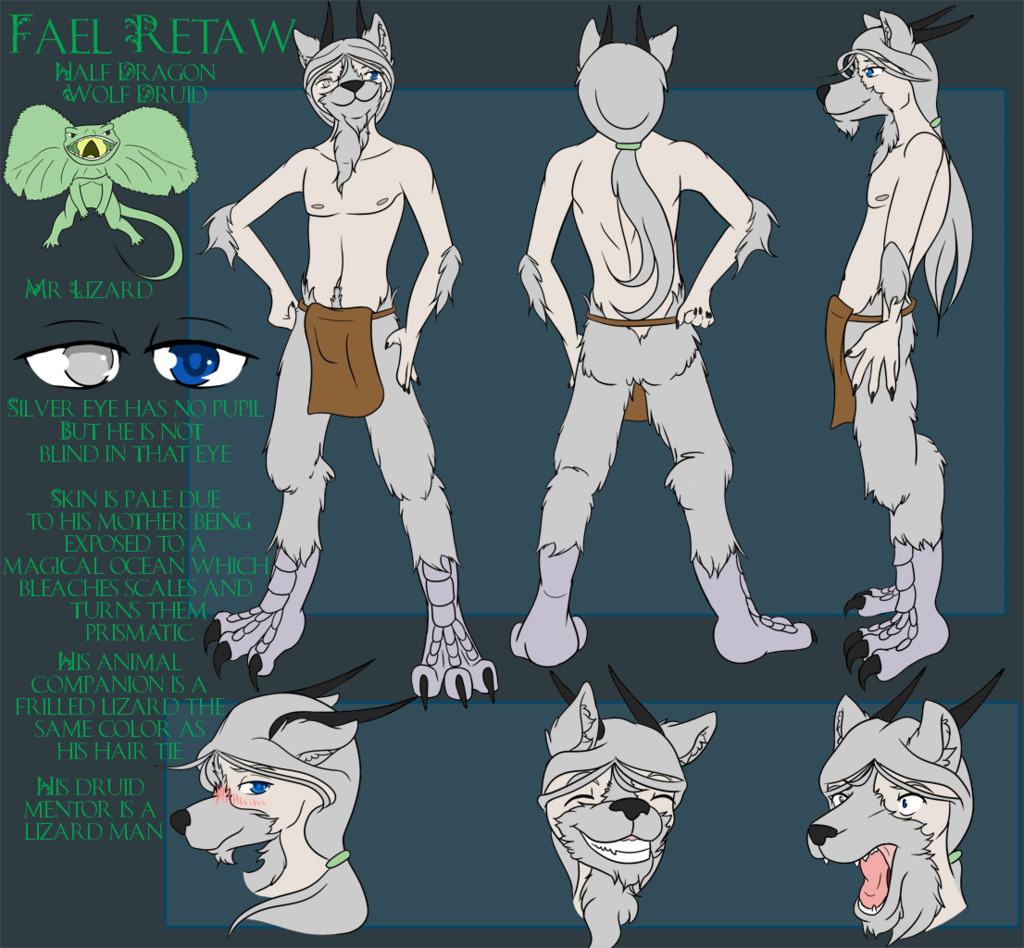 I have been working on re-doing character profiles that I will most likely be using. Currently, I have a one on one game with my mate, and that is with Rebalyn. Occasionally he gets hung up on plot. That is when I suggested he could go on to the progeny character, Fael, whose parents are Mura, a phonixie half silver dragon human, and Seeker a wolf were (born as a dire wolf) . I always loved his design and always wanted to play him as a character. So I may get the chance to.

His mother has never liked nature as it had a thing about attacking her a lot on her journey's so isn't very happy about him being a druid. He is learning to be a druid from one of Mura's many adoptive fathers (people liked adopting her), old lizard. Whom is the druid ad visor of a lizardman tribe. Fael's animal companion does not like Mura very much.