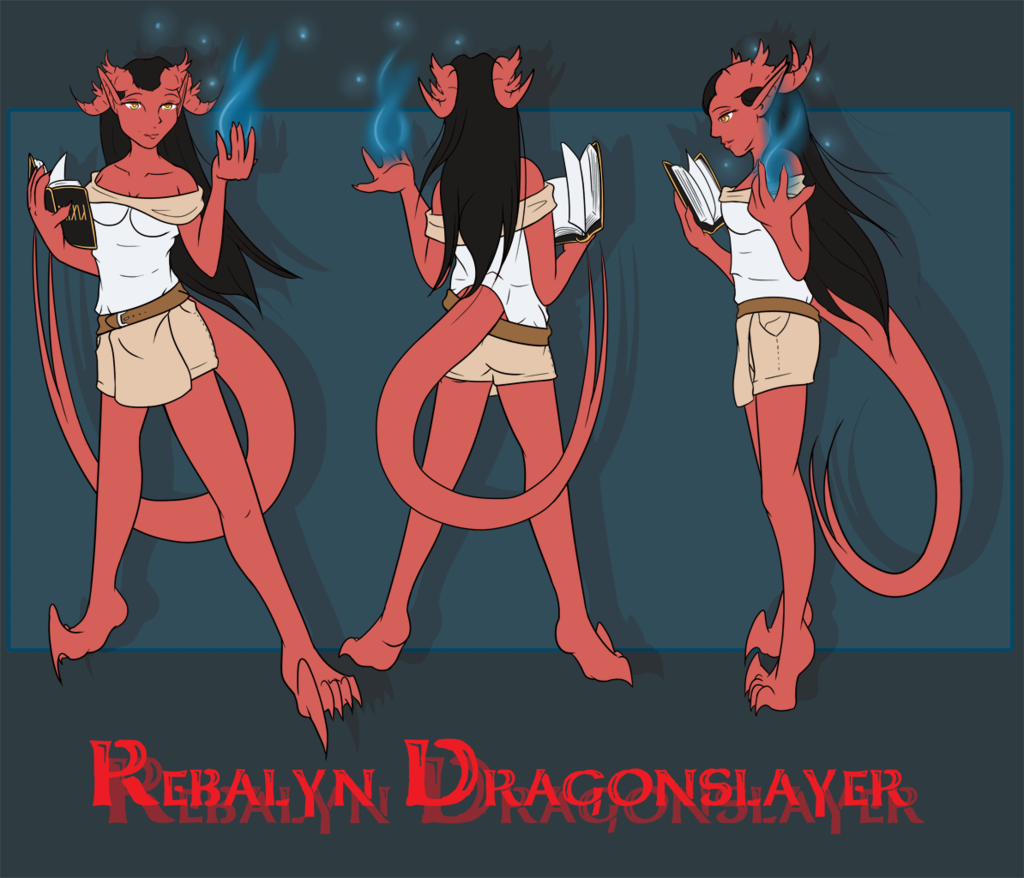 This is my current one on one D&D character Rebalyn. Well... This is her when she started the game. Since we started, her horns have grown significantly. Where her horns are curling up they would continue up and she has a crown of flame over her head. Also she has wings now, which is rare in the world she is in. Most spirit blooded (tieflings, aasimars, fae, etc) do not have wings. But in recent games her blood has begun to advance and she is becoming one of the newer spirits (gods) of the world. Also there aren't really succubus in this world and she is becoming the first succubus and no one quite knows what to think of her yet, that and the spirits are a little nervous of her. She is a gastalt wizard//rouge (backstabbing with spells, oh yea!). Also in this world there are different levels of monster type hunters. To be considered a dragon hunter is considered to be the top level of hunter. Because if you can typically take down a dragon, you can take down any other monster/species that may come along. Also in her world, dragons (all dragons, including the prismatic) are at war with humans/spirit blooded individuals. Everyone is raised to hate dragons. And she was raised to kill them. Which is where her last name came from, which she earned (not her real last name)