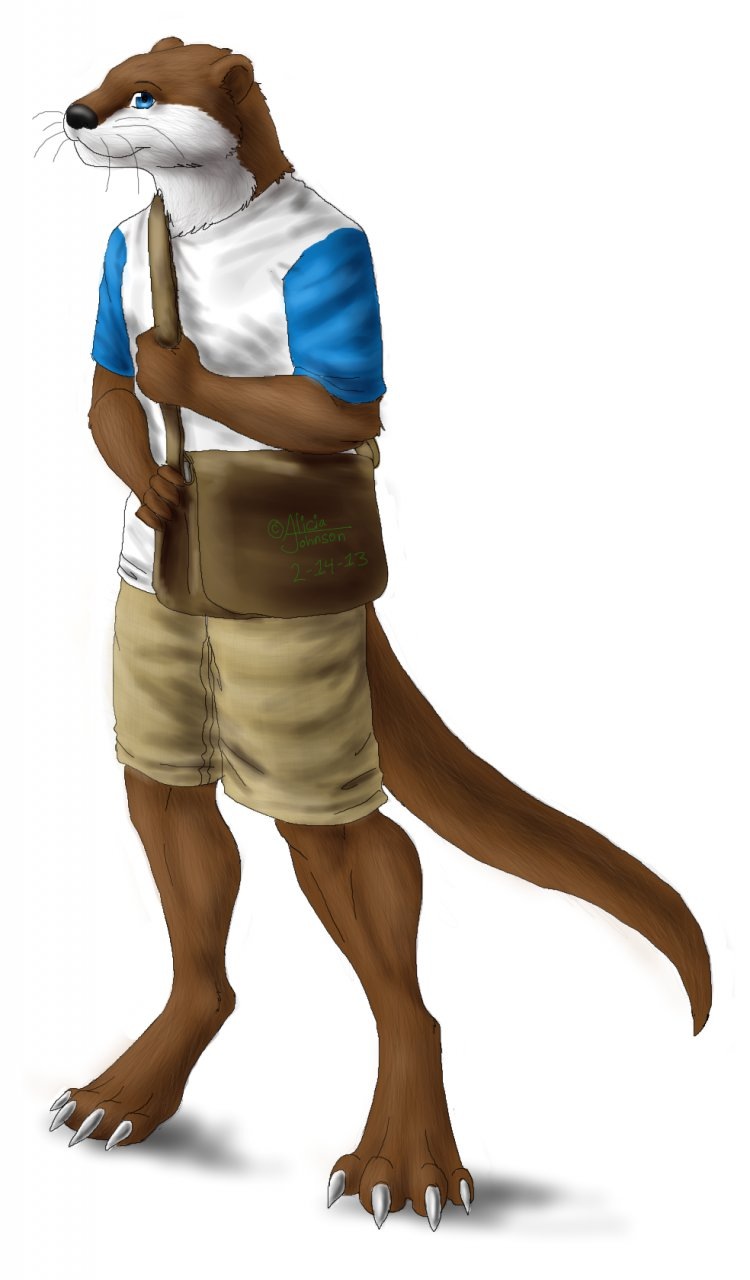 Jake is a very quiet, shy otter. He is gay, but it isn't incredibly obvious unless you know him. Only in his early twenties, he has an incredible amount of dedication to his studies. He plans to master in Psychology and open his own firm in his later years.

Jake isn't antisocial, but he only has a very select handful of friends. Jake enjoys spending his off-time reading, writing, or studying. That being said, he does occasionally go out a bit for some fun. He enjoys walks on the beach, small gatherings with his friends, going to the movies, or anything fun yet relatively calm.

Jake has only been in a couple relationships. He knows what he wants in somebody both emotionally and sexually, but he isn't searching them out. They'll come when they come, and he'll be happy when they do. In the meantime, he is fine with random encounters, though they are far and few between due to his studies.

Jake's fears include crowds, enclosed spaces, and being lost.

Art done by Aurion-Magnus on FA.