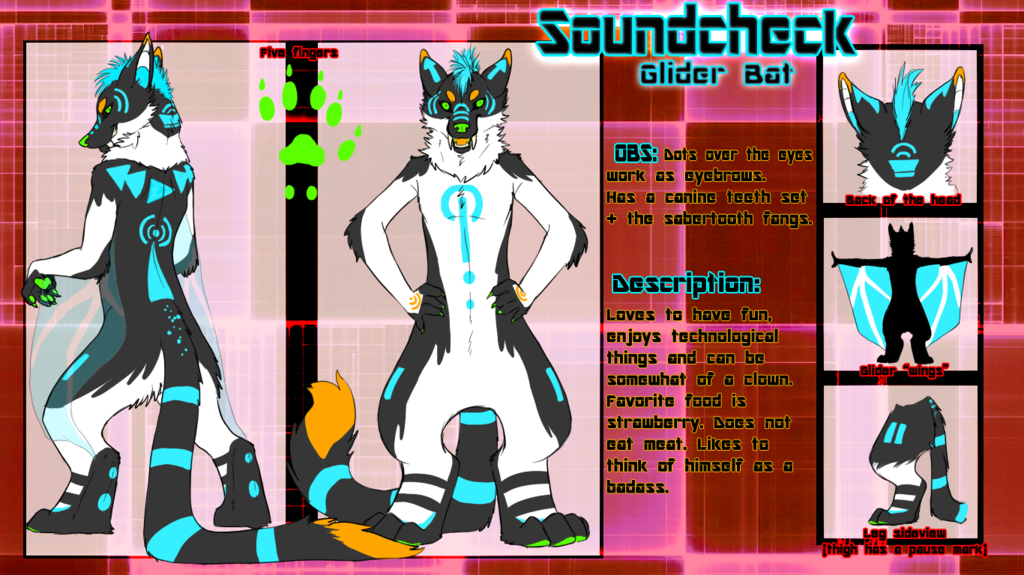 Sound is a little rascal that enjoys music, fun and fruit.

Even though he does have saberteeth, being a glider bat, he only eats fruits and berries. Of all he eats,

strawberries is the favorite.

This little guy loves to play around just doing whatever he feels like.

When it's a matter of size, as a feral little glider bat he is around the same size as a fruit bat. Though, in the anthro world he would be the size of a average small person that is slightly under weight.

Glider bats are creatures that I have created, mixing fruit bat, sugar glider and sabertooth tiger, creating a cute little toothy fruiteater. Even with sharp fangs, they are unable to eat meat as it would make them sick. They can't fly, but glide just like the sugar gliders, and they come in all kinds of colorations. Stripes is a very common marking they share, but it is not impossible to have the weirdest crazy markings.