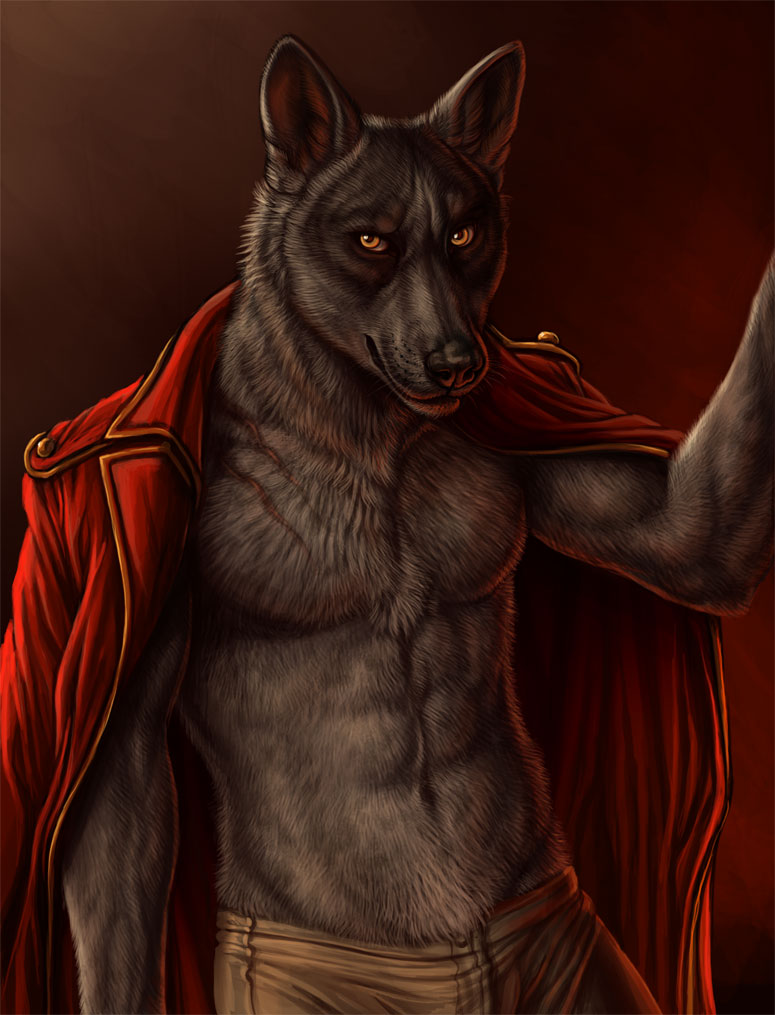 Luther Denholme is often referred to as 'the peasant Admiral'. Born to a poor herding family, his younger years were wholly without promise or direction. His only living parent, his father, wanted him to continue the family trade and tend the flocks in his Lord's province. Luther developed a desire for travel and learning from a young age, but his father saw his wanderlust as a stubborn, obstinate desire to escape responsibility. The relationship between Luther and his father reached a boiling point when they had very serious disagreements concerning his lack of interest in women and marriage. At fourteen, Luther determined for certain that his romantic interests lay only in other men, professed this to his father and his Priest, and was lashed, forced into church custody, and recommended for a work camp. He was returned to the care of of his father pending his sentencing for heresy, and there was a violent altercation between them that ultimately ended with the young Luther overpowering his aging father for the first time in his life. He left his family home, and took to the road with little to his name but the freedom he'd won.

Unfortunately, Luther lacked money, friends, or education of any sort. Facing poverty and starvation after months of attempting to work general labor and finding no steady work, he lied about his age and enlisted in the army. Luther served for four years in the militia until his interest turned towards the Navy after spending a month quartered in a port city. The allure of the open sea swept him into his naval career, which became the focus of his life from that point on.

Luther excelled in the navy, enjoying the travel and the general anonymity moving so often afforded him in every city he visited. He had a few dalliances with other men over the years, but the fear of the oppressive church regime in his home country kept his interest in partners fleeting and sporadic, and always secretive. On more than one occasion, his preferences were discovered and he again faced confession, punishment for his transgressions, and dishonorable discharge from the Navy. Luther continued moving and re-enlisting, but ultimately, he was eventually identified and faced the punishment he'd long avoided. . . a work camp. He served for four months before breaking out with several other criminals, was hounded by state bounty hunters for months following, and had to kill one man who'd been pursuing him.

Luther's fortunes improved when he found himself in a port city with a notorious fleet led by an Admiral named Klaus Richter, a devil-may-care noble whose fleet had been involved in some of the most bloody, dangerous battles ever seen in the North Sea. Always looking for souls brave or desperate enough to enlist in the reckless fleet of ships, Luther found it easy to re-enlist, and was immediately flung headlong into the tail end of the Kadrush Conflict, a deadly war against the remnants of the Kadrush raiders in the frozen north. While enlisted in Admiral Richter's fleet, Luther, as a midshipman, had few occasions to meet, let alone become acquainted with the Admiral. Despite this, after barely a few months with the fleet, the Admiral himself had Luther transferred to serve on his Capital ship, the Winnipeg. While there, Luther discovered, much to his shock, that Klaus in fact had intentions for the young cattle dog, especially after the Admiral made several blunt attempts to seduce the young man into bed. Leery at first of being used by a noble, Luther eventually relented, and they began a torrid and somewhat aggressive relationship.

Luther soon found Klaus Richter, while undoubtedly brave and headstrong, had no real tactical prowess of any kind. He looked primarily to his Captains for advice in running his own fleet. Luther professed an interest in learning from Klaus and after passing the hurdle of learning how to read, excelled quickly in his knowledge of navigation, warfare and tactics, atop his already more hands-on knowledge of seafaring. Over the years, Luther became a silent, indispensable source for Klaus to rely on, making many of the fleet's tactical decisions and inadvertently bolstering Klaus' reputation as an Admiral.

All of this came to an end with Klaus Richter died in a confrontation aboard his ship with Kadrush Raiders. In his final dying declaration, he professed his love to Luther, after four years of their abrasive relationship. Unfortunately, many of the other men on deck heard this confession, thus exposing Luther and Klaus's relationship.

Luther was held in captivity in the Winnipeg's brig until the ship made landfall, at which point he was hurried into a prison under false charges, where he was left to die, all in an attempt by the Officers of Klaus Richter's fleet to hush up the embarassing affair, and spare the highly-regarded Admiral's name the scandal Luther could potentially cause. It was in prison that Luther was approached by a man named Johannes Cuthbert, working under the employ of a Lord named Lucius Denholme.

Luther's life with the Denholme family is chronicled in 'Heretic' -